Music: an animated humanoid rabbit chases a girl across the screens of Apple devices in this music video by Ukranian indie band Brunettes Shoot Blondes.

Brunettes Shoot Blondes wanted to create a "minimalistic animation" to accompany the simple melody of their track Knock Knock, so came up with the idea to present a simple animation across 14 Apple products. 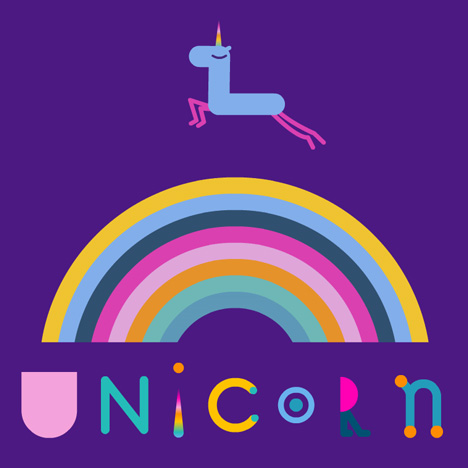 "We had an idea of graphic elements that would interplay between the gadgets," band member Andrew Kovaliov told Dezeen. "So then we created the characters and started to work on synchronisation of the video fragments downloaded on different devices."

The film's two protagonists are a man with a rabbit's head and "the girl of his dreams", who he has to pursue throughout the animation because she is tired of his antics.

"He is a typical bad boy, who tries very hard to regain her attention," said Kovaliov. "And finally he receives it - a love story with a happy ending."

After turning up at the girl's door with flowers, the rabbit chases her through various scenarios as they move from screen to screen.

They dodge app icons that tumble from their standard grid format, and at one point the Rabbit has to "slide to unlock" the iPhone he wants to move into that has gone to sleep.

The band enlisted friends to provide the devices, as well as hands to activate and move them. Six iPhones, one iPod nano, three MacBook Airs, two iPads and two iPads mini were used in total.

"After the animation was finished it took us a plenty of time to calculate each fragment to seconds in Adobe Premiere so everything was synchronised," Kovaliov said. "After several rehearsals we could run the fragments on all devices simultaneously."

The graphics were created using Adobe After Effects and Maya software by Kiev studio SYT-X.