Each of the watches produced by the brand follows a pared-back style, designed to outlast fads and trends. "We love the intemporal designs – a watch that will still be nice after many, many years," Junod told Dezeen.

Halo was created by Massimo Vignelli, who died last year aged 83, and his wife Lella – who famously collaborated on the graphics for New York's subway system and had a close working relationship with Junod. Find out more in our interview with Junod on the Dezeen Watch Store blog »

The Vignellis' 1994 design features an interchangeable coloured ring around the face, which has only one marker at the 12 o'clock position. Dezeen Watch Store stocks these chrome-plated "halos" in black, navy and grey. Two simple grey hands and a black leather strap add to the minimal aesthetic. 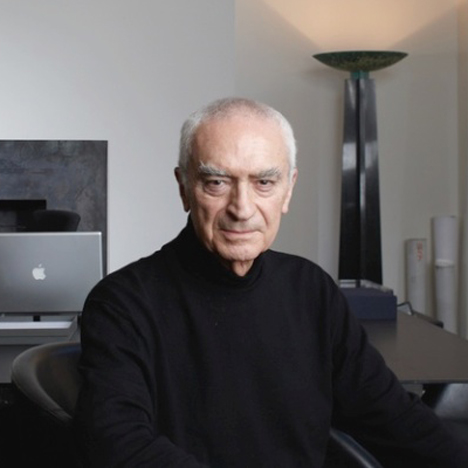 "[Vignelli's] research of Minimalist designs – no visible crown, no logo, no name on dials, no visible band-attachment – is unique," Junod told Dezeen. "He never wanted a watch with a calendar or a second-hand, only essential elements."

Copenhagen designers Tobias Jacobsen and Soren Varming are behind the Circle watch, which is marked with two concentric rings of small hoops to indicate hour and minute increments.

Launched by Pierre Junod in 2009, the design features a brushed steel case, a black calf-leather strap, and is water resistant to 30-metre depths.

Dezeen Watch Store currently stocks the version with a white face, which is protected by scratch-proof sapphire crystal. 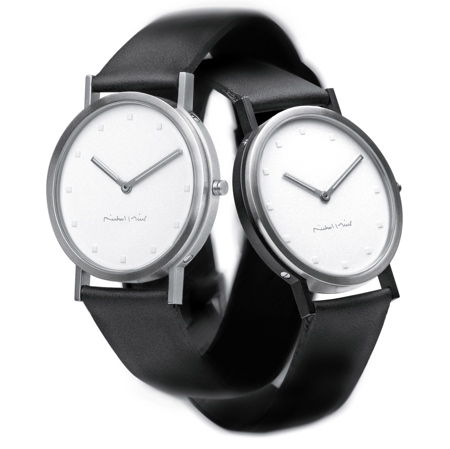 The White Sky design has a luminescent face that glows for six to eight hours after being exposed to approximately 12 hours of daylight.

Night Sky illuminates in a similar way, but from a black face rather than white.

Junod's company has been producing watches since 1994 and aims to source ethical components for their manufacture.

Most come from the suppliers located in Bienne – the city at the heart of the Swiss watch industry – while leather used for straps is brought in from Belgium.

"We use only 100 per cent Swiss-made movements and non-lithium or mercury-free batteries. Even our packaging is made of recycled cardboard – no Asian-plastic gift boxes that cannot be recycled."