This new movie produced by film studio Spirit of Space tours the interior of the Tamedia Office Building in Zurich – the first Swiss project completed by Japanese architect Shigeru Ban.

The unnarrated, two-minute video produced by the Chicago-based film company shows exterior and interior shots of the seven-storey, wood and glass building, which was completed in 2013 on a prominent site in central Zurich.

The structure is an expansion to the existing headquarters for Tamedia, a top Swiss media company. The 10,120-square-metre (109,000 square foot) project also entailed adding two storeys to the top of a neighbouring building occupied by Tamedia.

The building's most notable feature is its exposed structural system made entirely of timber, with no metal connectors. Ban, the 2014 Pritzker Prize laureate, developed the system in collaboration with Swiss engineer Hermann Blumer, who specialises in timber structures. 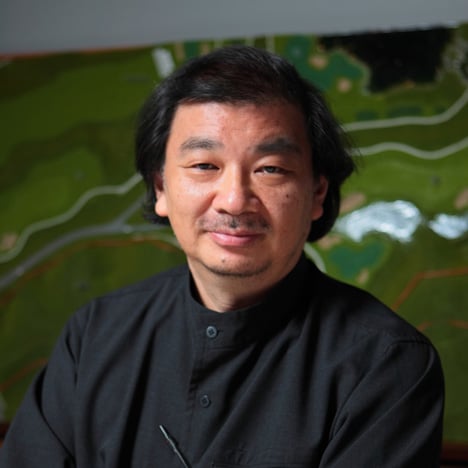 Ban chose wood for its sustainable properties – it is a renewable construction material – and for aesthetic purposes. The timber gives the building "a unique appearance from the inside space, as well as from the city around," said his firm.

The wood-framed structure is clad in a glass skin. "Special attention was given to achieving low-energy transmission levels that respond to the latest and very strict Swiss regulations in terms of energy consumption," noted the firm.

The building's 50-metre-long (164 foot) eastern elevation is considered the main facade. It stretches along a busy street and overlooks the River Sihl.

The facade features a patchwork of tall, retractable windows that lift upward, revealing informal rooms that become open to the air. This operable window system "reinforces the privileged relationship between the interior of the building and its surrounding landscape," said the firm.

Inside, the building is defined by open-play layouts, with wooden beams and columns visible throughout. The lobby features terrazzo flooring made with river stones, along with cardboard tube chairs and tables from Ban's Carta Series, originally designed for Cappellini in the late 1990s.

The building houses approximately 480 employees of Tamedia. The media company has been working to consolidate all of its offices into this centralised location in Zurich.

Ban has long used timber, cardboard and other experimental materials in his architecture. Notable examples include the Aspen Art Museum in the US, the Centre Pompidou-Metz in France, and the Cardboard Cathedral in New Zealand. Recently, he created a pavilion made of 90,000 empty makeup cases for the Venice Biennale.

The Japanese architect has offices in Tokyo, Paris and New York.