Uniform Wares founders Patrick Bek and Oliver Fowles made a decision to focus on the quality of their watches, after the market became saturated with products offering a similar pared-back look.

"Some of it is outright plagiarism and it's difficult," Bek told Dezeen. "It was a reason to critically assess our brand last year and to decide what it is that we wanted to do with it."

"So in the past 12 to ­18 months we have changed the brand quite considerably," he said.

The brand redesigned its collection, moved production to Switzerland – home to some of the world's best and most expensive watch manufacturers – and relaunched in November 2014. It also opened new offices and a showroom in Shoreditch. Its watches are now available for wholesale, and Dezeen Watch Store is one of a small selection of stockists. 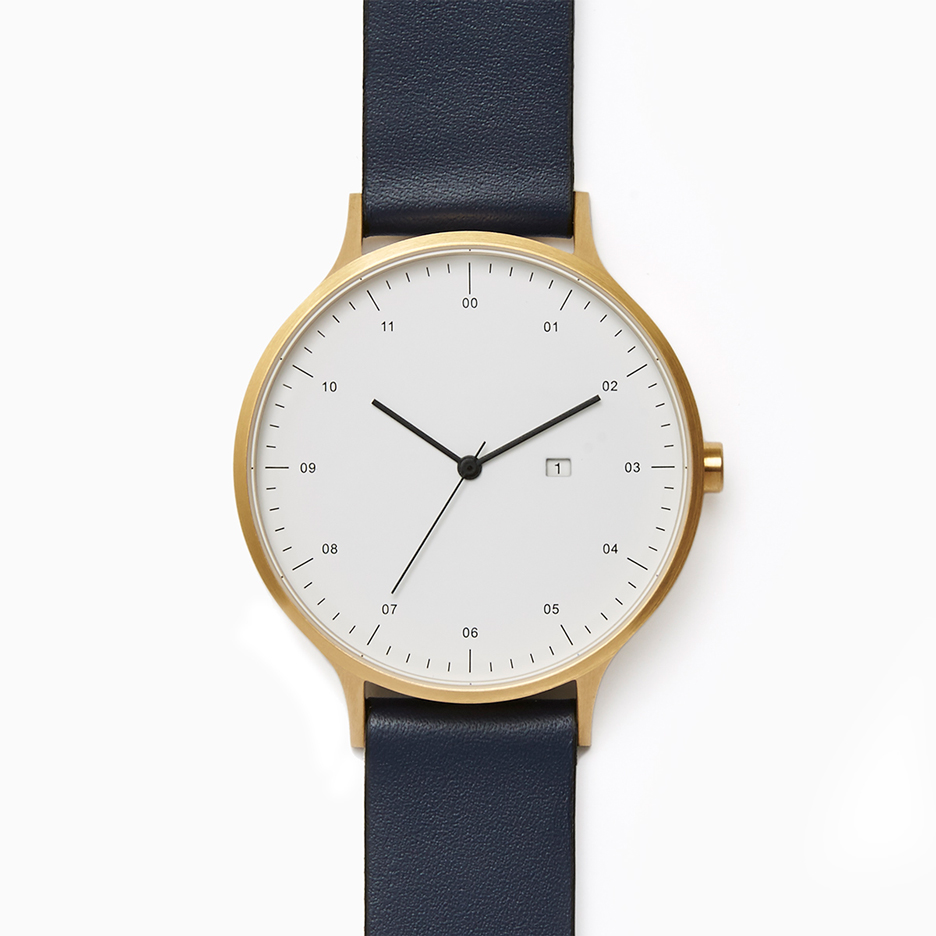 Bek and Fowles set up Uniform Wares in east London six years ago. Their line of watches, which started with the 100 series, was devoid of logos and excessive decoration.

"This was something new in watches, it was a new design," said Bek. "It's not about designing a minimal watch for minimal sake, it's considering the types of people that wear the product, what kind of clothing they wear."

"If we were to go 100 per cent minimal and Germanic it would end up looking like a Braun watch, and that's not what we're about."

"They are a few copycats," said Bek. "But also it is a compliment that it's inspired some businesses to pop up, and I'm all in favour of people making a living out of design."

To stay ahead of the game, the designers decided to focus on the manufacturing quality of their watches, moving production to Switzerland and sourcing materials from across Europe.

"When we decided to make that transition to Swiss-­made it meant that our price points increased, a little more at the entry level than at the top end," said Bek. "That meant really looking at the brand and the communication."

Uniform Wares currently offers two families of watches, tweaked and updated with the new parts by a team led by design director Michael Carr. The M-line stands for "modern", and the C-line is named after "classic".

Each line includes three sizes, with additional features moving up the range. Dezeen Watch Store is stocking the C35, a "classic" watch available with either a gold, rose-coloured of natural brushed steel case and black or brown strap. The store is also stocking three watches from the "modern" range: the M37 with a rubber or leather strap, the larger M40 and the M42 chronograph. See our collection, or find out more about the brand on the Uniform Wares blog.