Set up by young entrepreneurs Andrew Jennings and Joakim Larsson in 2011, the brand blends Scandinavian and British design in its range of watches.

"The unisex watches modernise classic style and take design inspiration from our Swedish and British roots," says the brand's website.

Dezeen Watch Store is stocking two Larsson & Jennings designs, which are both named in Swedish and made with precision engineering in Switzerland.

The Läder series celebrates the classic British dress watch aesthetic, and has a 40-millimetre stainless steel case and a black dial. 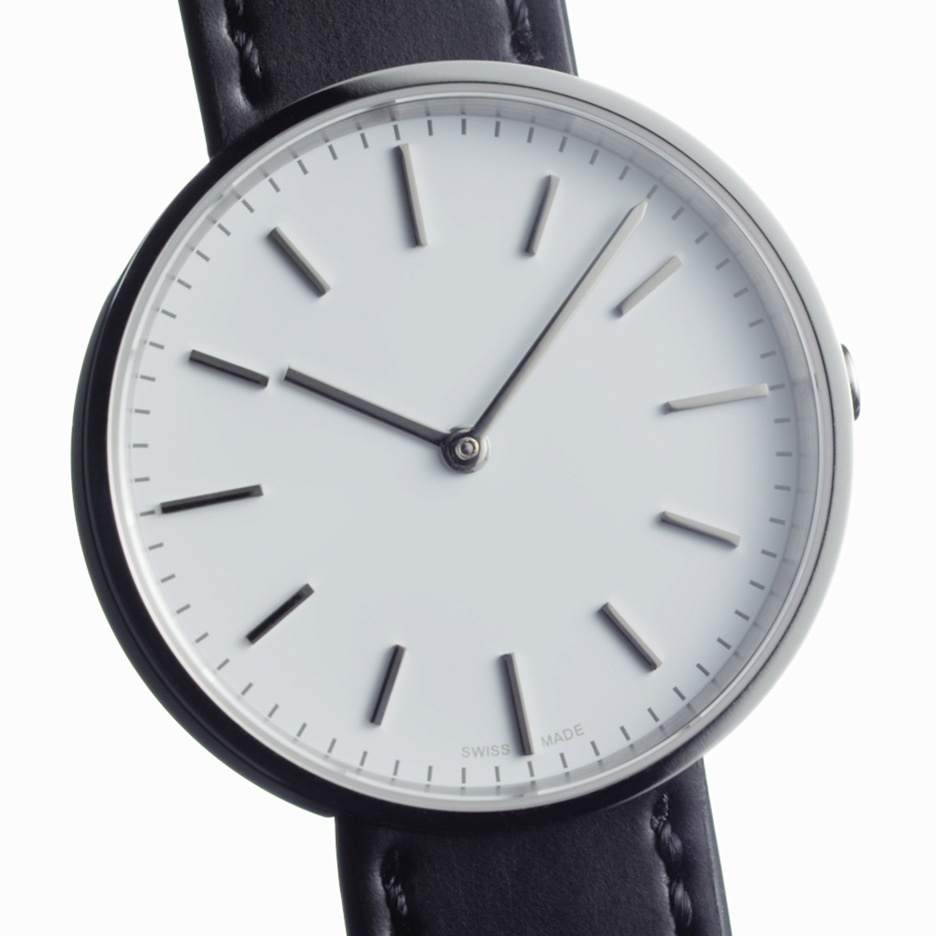 Läder means leather in Swedish, and the watch features an Italian calf leather strap. It is available as a black version with a gold case and face details, as well as an entirely matt black edition.

The second watch is named CM: an abbreviation of chain metal, which is used to form its strap. The design comes in silver and gold versions, both with a stainless steel strap and a clasp fastening.

On the Läder and CM designs, all of the hour increments are marked with thick lines apart from the number 12, which is written as Roman numerals.

Other new brands to Dezeen Watch Store include Objest, which is launching its first range of watches with faces featuring a hatched pattern, while Uniform Wares has recently returned to our collection after moving to an entirely Swiss-made production.

Buy the Läder and CM on Dezeen Watch Store »