Dezeen Watch Store: launching this week, the Aluminium by Hong Kong brand Squarestreet is named after the super-light industrial material used to make it and weighs just 33 grams.

Aluminium is the second watch from Swedish designer Alexis Holm's Squarestreet brand, which has a product portfolio that includes leather bags, footwear and other accessories.

Its industrial-grade brushed aluminium case is just 42 millimetres thick and is very lightweight, meaning the entire watch weighs only 33 grams – including the Italian leather strap. 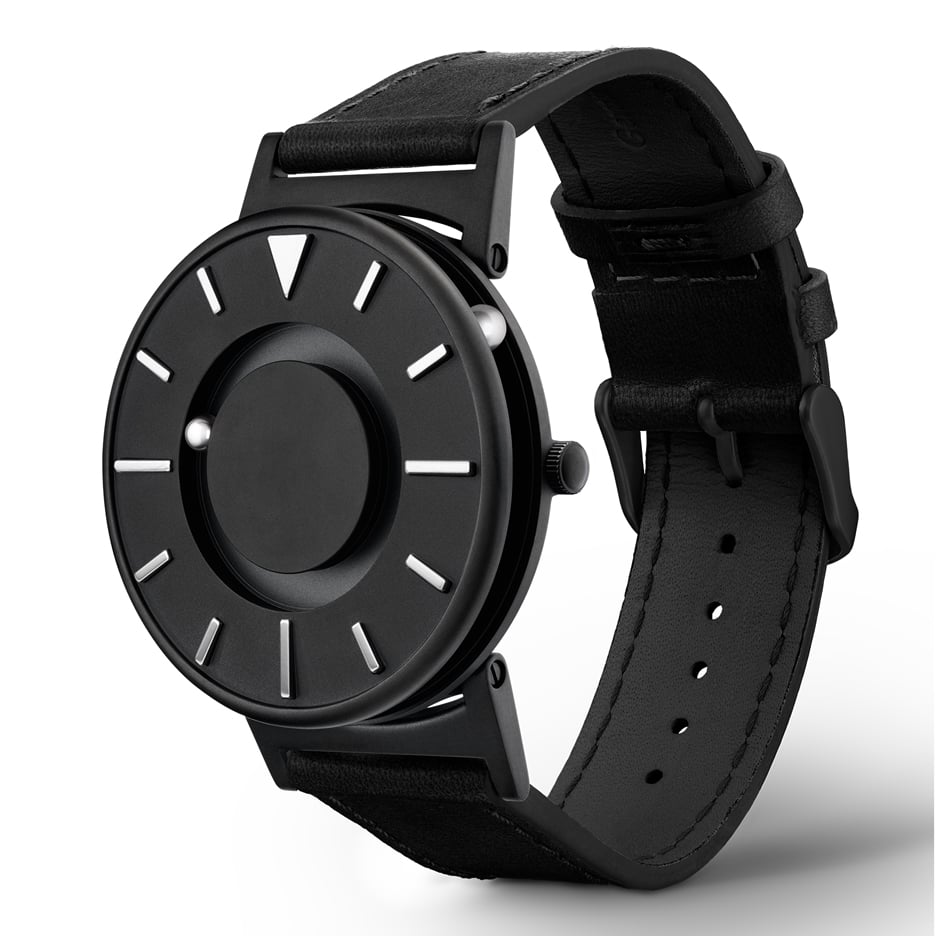 The designer wanted to create a watch that stood out amongst the plethora of Minimalist timepieces that have appeared on the market recently.

"The less detailed something is, the easier it is to design," Holm said in an interview on the Dezeen Watch Store blog. "Minimalism as the holy grail of design is nowadays more rule than exception. Minimalism has become the tool of the cowardly."

The dial is printed with concentric rings of small black hour markers and minute markings and numbers. A small sub-dial on one side of the face contains the seconds hand and markings.

"We don't believe that less is more, but that doesn't mean we'd ever be gaudy or ridiculously decorative," said Holm. 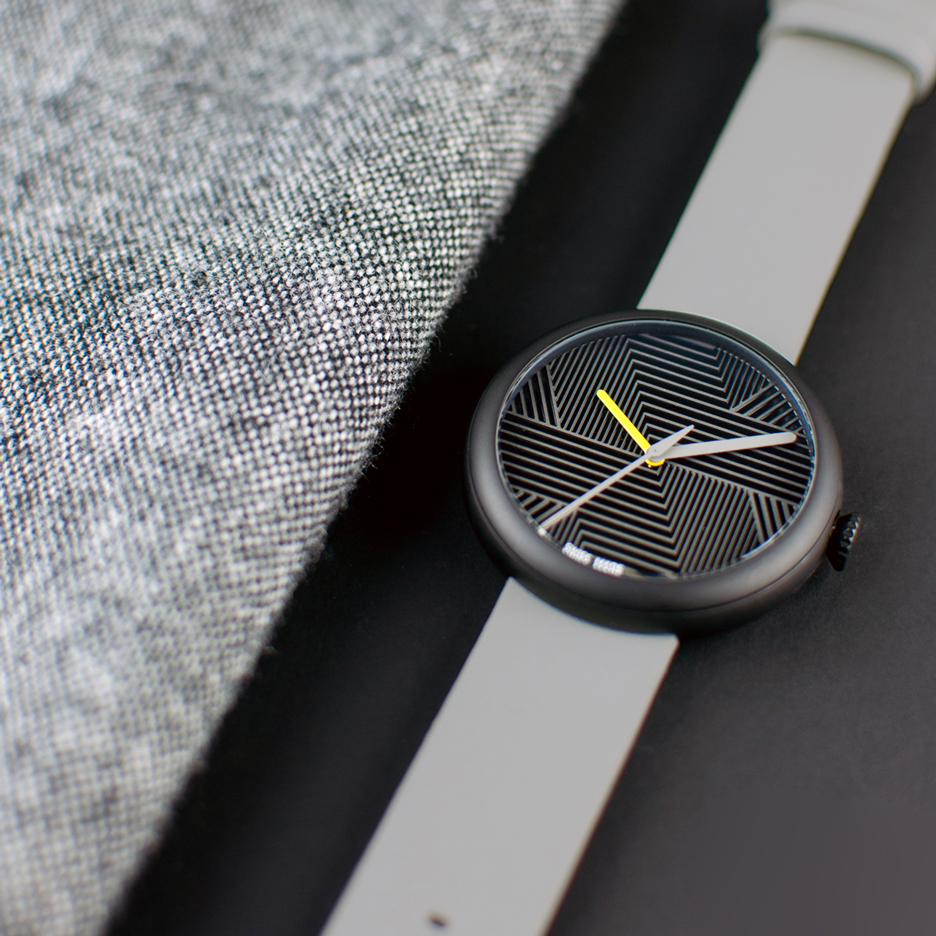 "The finished product exudes that contemporary crispness, but without being so pitifully void of design elements."

Other recent launches from Dezeen Watch Store include the Dezeen + Bradley, our own version of Eone's watch originally designed for blind people, and the Instrmnt 01 DZN, a collaboration between Dezeen and Glasgow-based, multi-disciplinary team Instrmnt.

Buy the Aluminium by Squarestreet at Dezeen Watch Store »