London studio Gort Scott has been selected to design a new £10 million riverside extension to St Hilda's College at the prestigious University of Oxford, England (+ slideshow).

Gort Scott's design features a slender tower that will mark a new entrance to the college from Cowley Place, as well as rooftop gardens and a riverside pavilion with a decorative latticed facade.

"Our proposal focused on responding to the riverside setting – making a lyrical pavilion set within the college's picturesque gardens, framed by a robust building that defines the boundary," said Gort Scott director Fiona Scott.

"The pavilion balances a sense of decorum and gravity from the rhythm of strong brick piers, with a lightness and delicacy that is in dialogue with the changing qualities of the river."

The proposal also features a suite of teaching and common areas, as well as accommodation for student fellows – much of which will be placed along the boundary of the site.

A paved courtyard will link with the pavilion to open up views to the River Cherwell as well as Christ Church Meadows.

"Gort Scott won the college over because their concept design displayed the most intuitive and natural fit to our organic site," said college principal Gordon Duff. 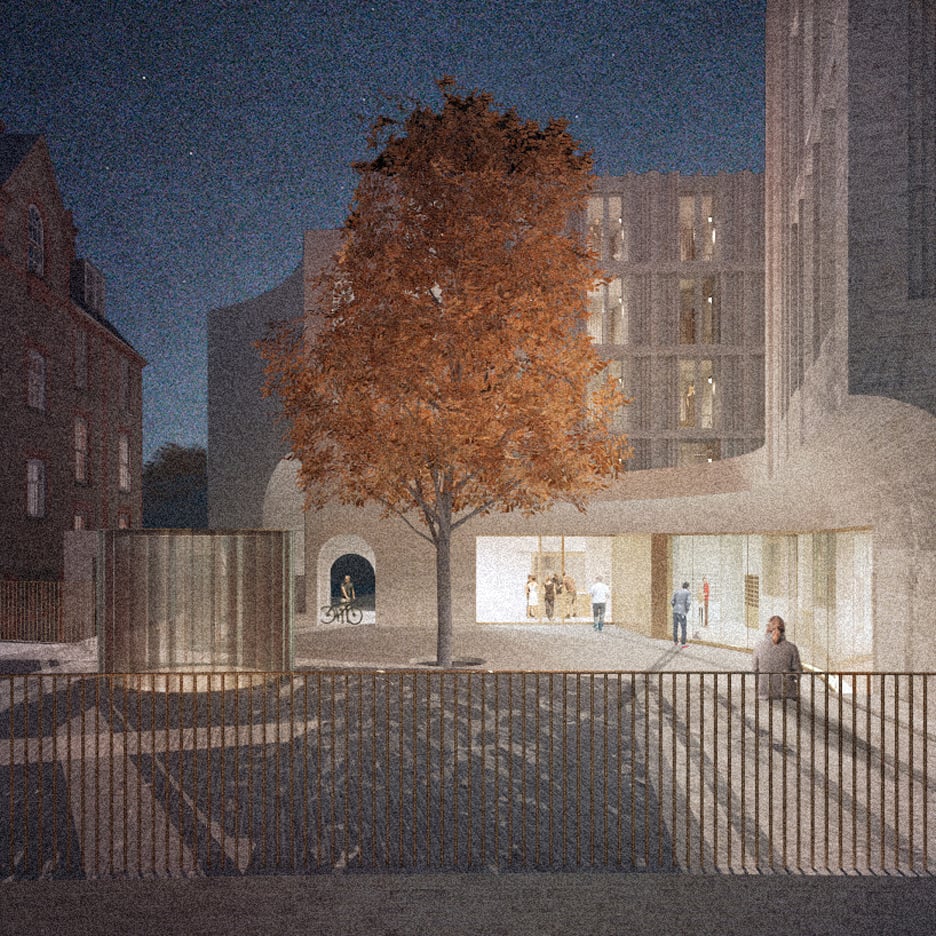 "This development will transform the college's public face, refresh our rare and lovely riverside setting, and provide much-needed modern spaces and amenities," he continued.

St Hilda's is one of over 30 colleges that make up the world-leading University of Oxford. It was set up by Dorothea Beale as an all-female college in 1883, but began admitting male students and fellows in 2008. The extension project marks its 125th anniversary.

Gort Scott will work with the college to refine the concept in the coming months, with construction set to commence in July 2017.

The studio recently completed an office building for Jesus College, which forms part of rival school the University of Cambridge.

The studio's portfolio also includes a golden toilet block, a timber-framed extension to a Victorian home and a veterinary clinic with a facade shaped like cat ears.

Imagery is courtesy of Malcolm Reading Consultants and Gort Scott.

More from the University of Oxford