World Heritage Corb: we're revisiting some of Swiss-French architect Le Corbusier's most important projects, to mark the addition of 17 of his buildings to UNESCO's World Heritage list. First up is his seaside holiday cabin, Cabanon, on the Côte d'Azur in France – a tiny building tied to some of the most important moments in the architect's life.

Le Corbusier, who is one of the 20th century's most admired architects and a key member of the Modernist movement, designed the cabin as a seaside escape away from Parisian city life.

For 18 years Le Corbusier spent every August at the cabin, built in 1951 in Roquebrune-Cap-Martin – a small enclave between Monaco and Manton on the south coast. 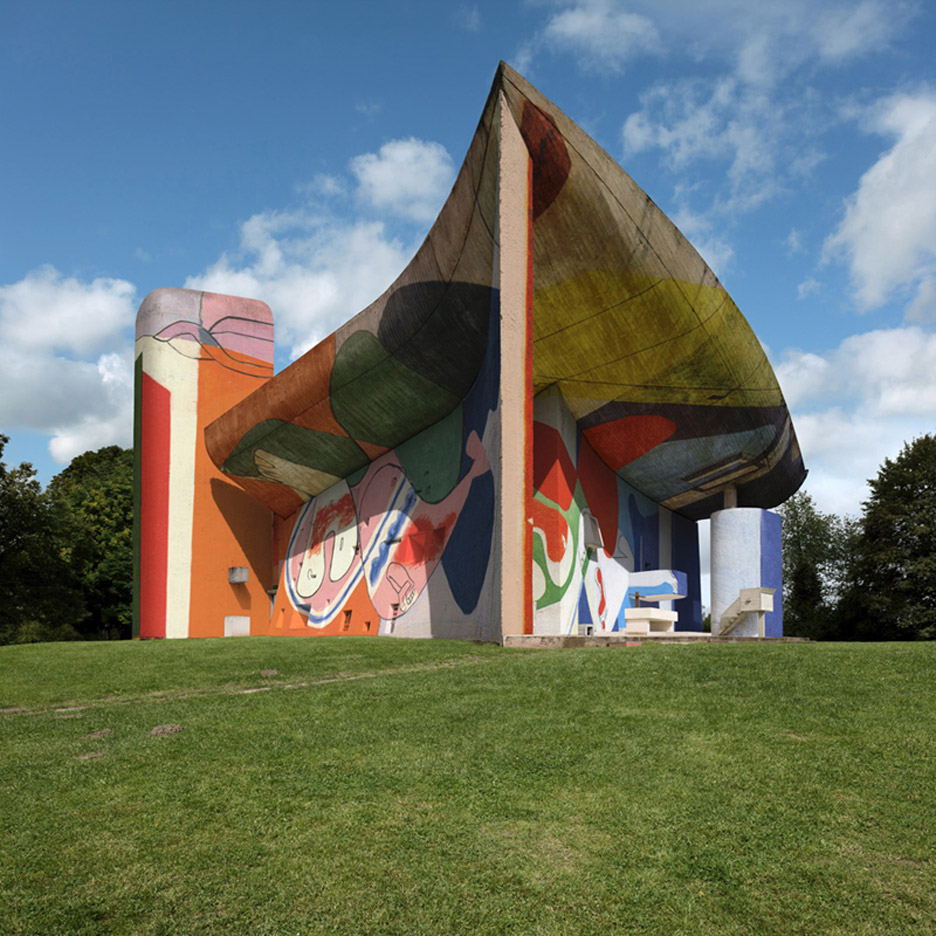 Although the Cabanon resembles a traditional Canadian log cabin from the outside, it was carefully designed along modular principles developed by Le Corbusier.

Made from prefabricated parts, the design is based on the Modulor – an anthropometric scale of proportion developed by the architect in response to the movement of the human body.

The cabin contains a single 3.6 by 3.6-metre wood-lined room, with no kitchen or indoor washing facilities.

Instead, it was attached via an internal partition to the cafe next door, L'Etoile de Mer, which was owned by the Rebuto family. To pay for the land he built his cabin on, Le Corbusier also built five holiday homes for the family called Unités de Camping.

Resembling a row of gypsy caravans in bright primary colours, these houses were more in keeping with Le Corbusier's Brutalist style, offering a greater contrast to the rustic log cabin next to them.

The cabin is the smallest of Le Corbusier's projects to be added to UNESCO's World Heritage List of internationally significant architecture. It is also the most tied to the architect's personal life.

It sits just to the east of the E-1027 house by Irish designer Eileen Gray, a crisp white Modernist building that Le Corbusier visited regularly as a guest of Gray's ex-lover Jean Badovici. Le Corbusier painted big, colourful murals on the white walls of the house, infuriating Gray.

This act has been widely described as vandalism, and an example of misogyny in architecture. However, some commentators believe the reverence that Le Corbusier is held in has also helped with the preservation of Gray's design. It remains one of the most controversial moments in European Modernism.

Le Corbusier also supposedly designed the chapel of Notre Dame du Haut in Ronchamp – one of his most famous buildings – while staying at the Cabanon, and died swimming off the coast nearby in 1965 at the age of 77.

The Cabanon, Unités de Camping, and E-1027 were later collectively declared a "Site Moderne" – a designated area of cultural importance.