World Heritage Corb: long before he built the famed Cité Radieuse in Marseille, French-Swiss architect Le Corbusier explored similar housing principles for the 1932 Immeuble Clarté in Geneva – one of 17 of his buildings added to UNESCO's World Heritage list (+ slideshow).

The apartments cover a wide range of sizes, from studios to eight-bedroom duplexes. This was the first time that Le Corbusier laid out two-level dwellings in an apartment building.

He later reused the idea at the Cité Radieuse, which became the first of his Unité d'Habitation projects when completed in 1952.

These were among the first examples of large-pane windows that slide horizontally on ball bearings.

Each apartment has a window that opens onto one of the long balconies along either side of the building. The architect also installed glass guardrails onto the terraces, increasing the facade's transparency. 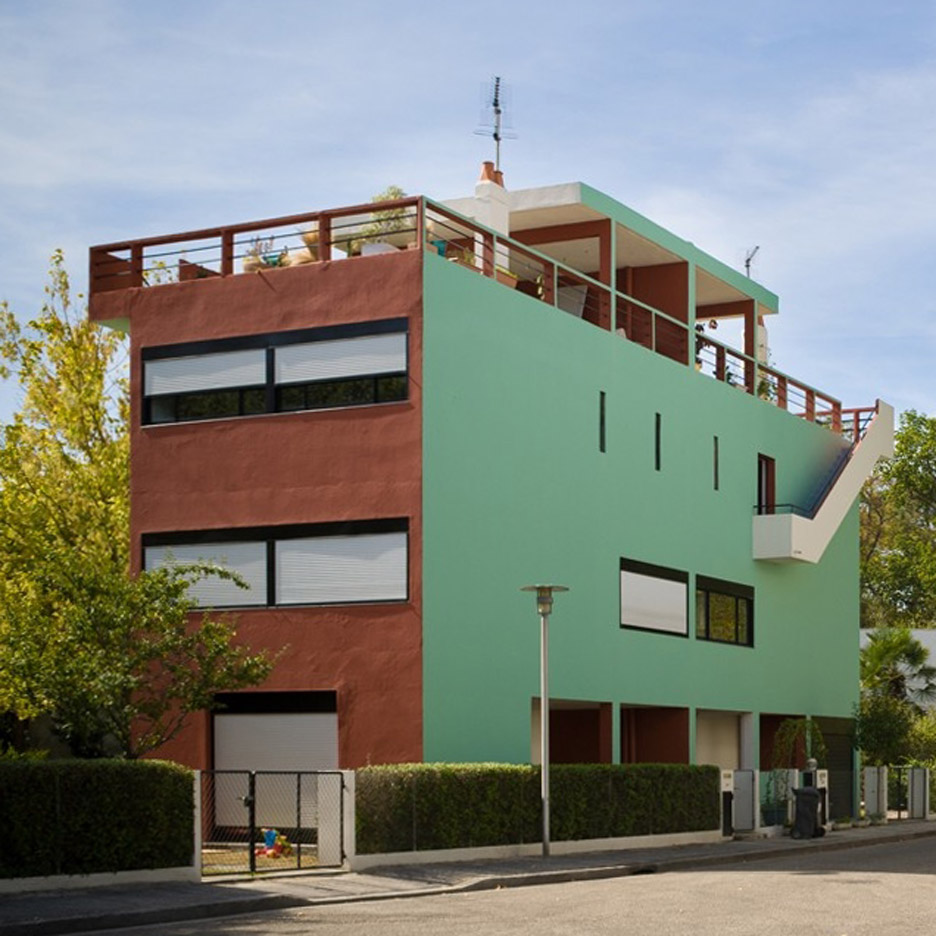 Le Corbusier also used glass to construct the building's stairwells. This allows the vertical circulation paths to be naturally lit.

Other features that would come to define the architect's style include the use of a minimal column-beam structural system, and a terrace laid out on the flat roof.

Immeuble Clarté has retained its original residential use. Architects Pascal Haüsermann and Bruno Camoletti acquired the building to restore it in 1975. In 2009, the facade and common areas were again restored by Swiss architect Jacques-Louis de Chambrier.

This year, the Immeuble Clarté was added to UNESCO's World Heritage List, along with 16 other projects that were recognised as significant. They range from Le Corbusier's tiny seaside cabin to his famed Notre-Dame-du-Haut chapel, one of Modernism's defining icons.