Its face is designed to reference luxury Swiss watches of the mid-20th century, and features the brand's signature concentric circles.

"The Plano was influenced by a whole host of timeless predecessors," founder and designer Alexis Holm told Dezeen. "But it tips its hat towards mid-century dial designs, and there's a clear hint of Piaget in the case design."

The watch carries a Swiss 715 Ronda movement, and is covered by a 36-millimetre pane of glass made from hardened mineral. 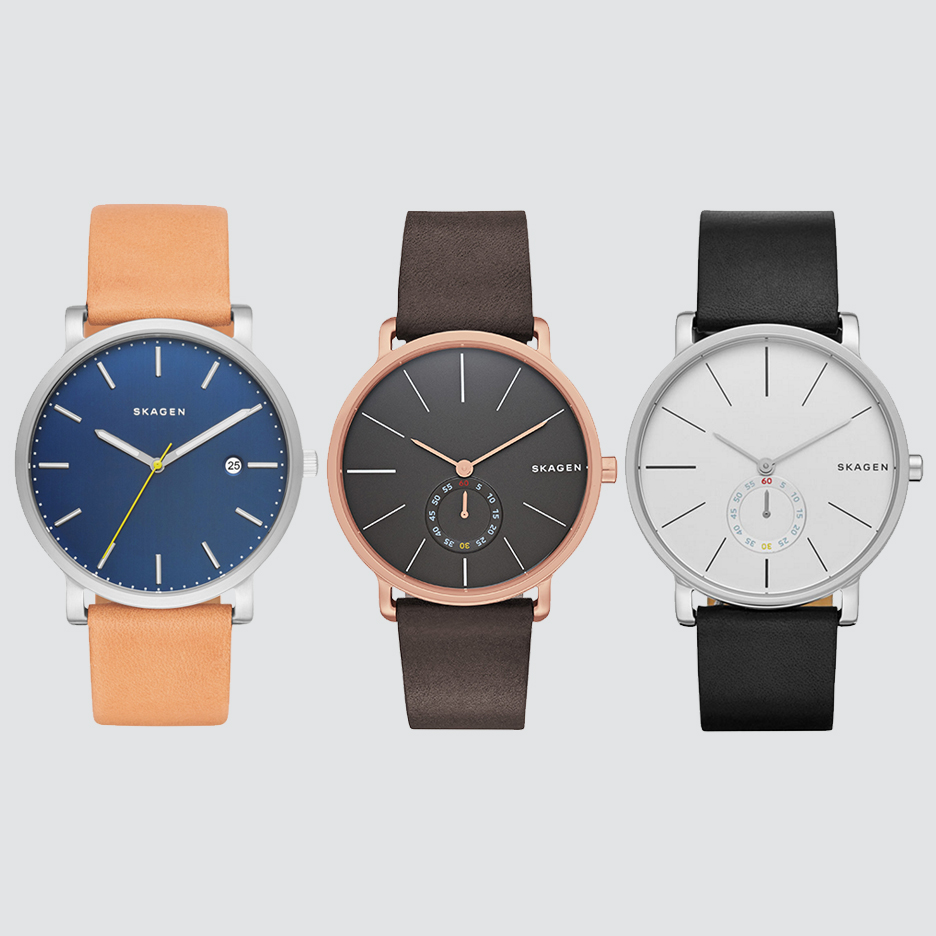 It comes with an Italian leather strap, and is available to buy in a choice of six colour combinations from Dezeen Watch Store.

Squarestreet is well known for its popular one-handed Minuteman watch. Unlike the Plano, it indicates the time within a five-minute window, and encourages a more relaxed approach to timekeeping.

"I like to think of our watches as celebrations of design," Holm said. "More like amalgamations of different elements, shapes and materials carefully placed to create that perfect balance."

Holm launched the lifestyle brand in 2010, taking its name from the road it was founded on in Hong Kong creative district Sheung Wan.

The watches are produced in Hong Kong using locally sourced materials – but Holm develops them with a distinctly Scandinavian aesthetic.