Photo essay: German photographer Christian Richter has been breaking into abandoned buildings across Europe to capture their "swan song" for his Abandoned series (+ slideshow).

Richter, 36, was born in the then German Democratic Republic and started exploring abandoned buildings after the fall of the Berlin wall in 1989.

He began taking amateur pictures of these structures after a friend gave him a small digital camera as a gift, which eventually led to a career as a fine art photographer.

The Abandoned series began in 2011 and is continuing to evolve. Richter has broken into more than 1000 buildings in Germany, France, Belgium, Italy and Poland, aided by a network of friends who suggest new places for him to visit. 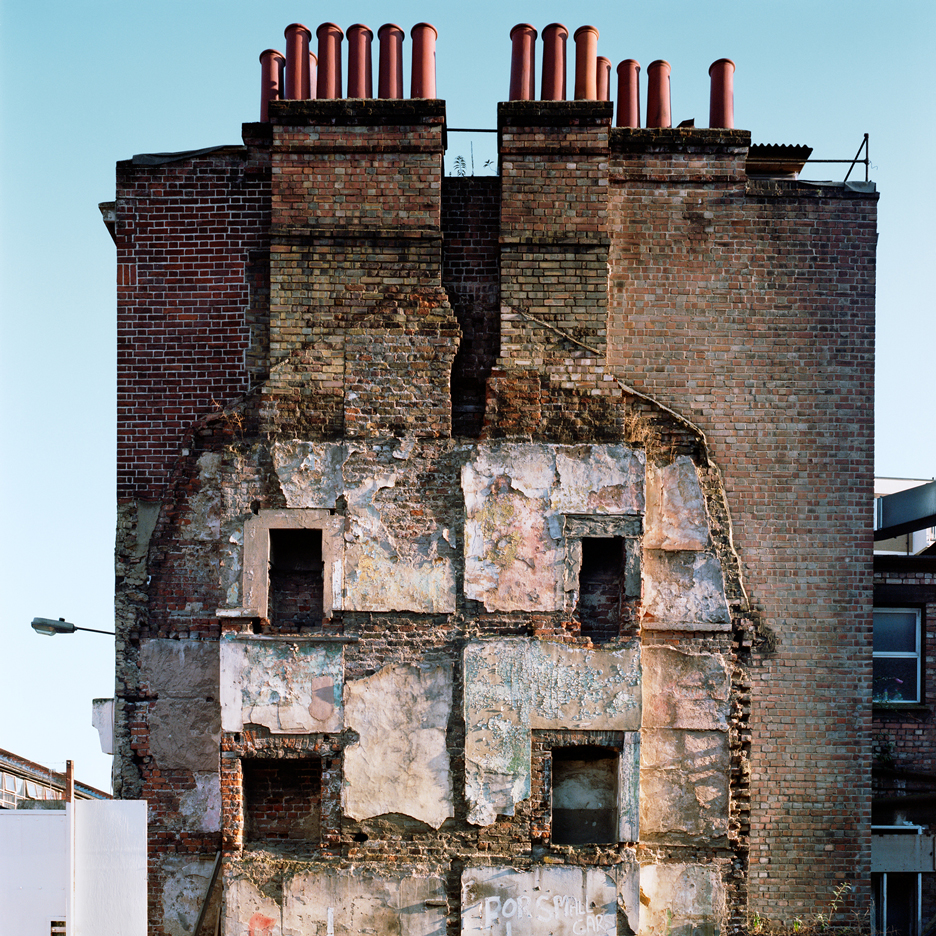 Missing Buildings: Thom and Beth Atkinson document the scars left on London by the Blitz

"Abandoned photography is my ongoing project and now I travel around Europe looking for abandoned buildings," he told Dezeen.

"I adore old decaying architecture, the patterns and textures – they remind me that everything is impermanent," he added.

The images are published online via his Facebook and Instagram accounts, and he has amassed over 270,000 followers. Richter keeps the locations secret to try and prevent the buildings being vandalised.

In this exclusive photo essay for Dezeen, Richter explains the process behind his photographs:

I grew up in an area that used to belong to East Germany. My childhood was surrounded by the industrial, crumbling buildings of the former German Democratic Republic – lots of ramshackle structures, and power stations.

I was 14 years old when the Berlin Wall came down. It was a huge change for us. People didn't know how it would all turn out. It was very exciting – the start of something new. At first we visited the west a lot just to see what it was like. Quite a few people moved away, but I stayed.

Because so many people had left, many places began to fall into disrepair. That's when I started visiting old buildings, sometimes with friends, sometimes on my own.

Soon I found plenty of intriguing sights on my home turf that I wanted to photograph and when a friend gave me a digital camera, I tried to capture the beauty of these places.

I developed a fondness for derelict buildings, which were abandoned for a mix of known or unknown reasons such as lack of funding or their custodians not playing the tune of the authorities.

In a world full of overcrowding and overpopulation, it was hard to believe that there were places that sit unoccupied.

The locations were as diverse as factory shop floors, chapels, mansions or theatres, and what they all had in common was that I entered them at my own peril. And it's often hard – I've had to find tunnels or climb through windows but once inside a abandoned building, it's like listening to its swan song before its collapse.

There's a feeling that it is the end of time and you don't find that kind of atmosphere anywhere else. The way they deteriorate, when nature starts to take over, reminds me that everything is transient.

Nature always has the upper hand in those interplays. When the roof is falling apart and water comes through the ceilings, moss and lichen grow. If the windows are closed it can get very warm in summer and plants start to take over.

These places aren't graves, they're secret histories waiting to be read

Often there's a very mouldy smell, but I like it when nature starts taking the building back, and when things are blooming and growing inside these peaceful places because no one ever goes there. I'm really fascinated by their inherent beauty.

Abandoned buildings stand all over the world, full of intriguing tales, historical occurrences and unanswered questions. Over the past seven or eight years I must have visited about 1,000 buildings in Germany, France, Belgium, Italy and Poland.

I keep the locations secret to stop vandals damaging them – some people don't value them and when they get inside it's not just the plants taking over, it's people who are tearing down the banisters or spraying graffiti tags on the walls.

I have to go to a lot of places with my camera - usually a Canon D5 with a wide angle 16-35 millimetre lens – to get one good image or find something that excites me.

I've travelled long distances to see a building and then found it's been torn down, or I simply couldn't get in. Sometimes I can tell there might be something special inside, but it's more like a game of chance – I may hit the jackpot but there's a lot of work behind it.

These places aren't graves, they're secret histories waiting to be read. I can spend hours just walking the rooms and floors.

I believe that these buildings have a soul, and when I photograph these places I try to capture a piece of that soul.