A huge ribcage-like structure cradles the angular corrugated steel and plastic body of this pavilion designed by Dutch architect Frank Havermans to host a series of summer events (+ slideshow).

Havermans designed and built the pavilion named KAPKAR/ SF – P7S as a temporary venue for the arts organisation Stichting Fabrikaat.

Located in Nijmegen, the Netherlands, the pavilion is hosting a summer-long series of exhibitions, lectures and cultural events focused on alternative ways of building and living.

It is built on a site overlooking a channel recently added to the Waal river, which led to the demolition of a number of the area's farmhouses and sheds.

Havermans references the traditional wooden-truss frame and gabled roofs of these lost residences in the pavilion.

"By charging this construction with several elements from classic farmhouse typology in combination with simple low budget materials I created an experimental hybrid construction," said Havermans. 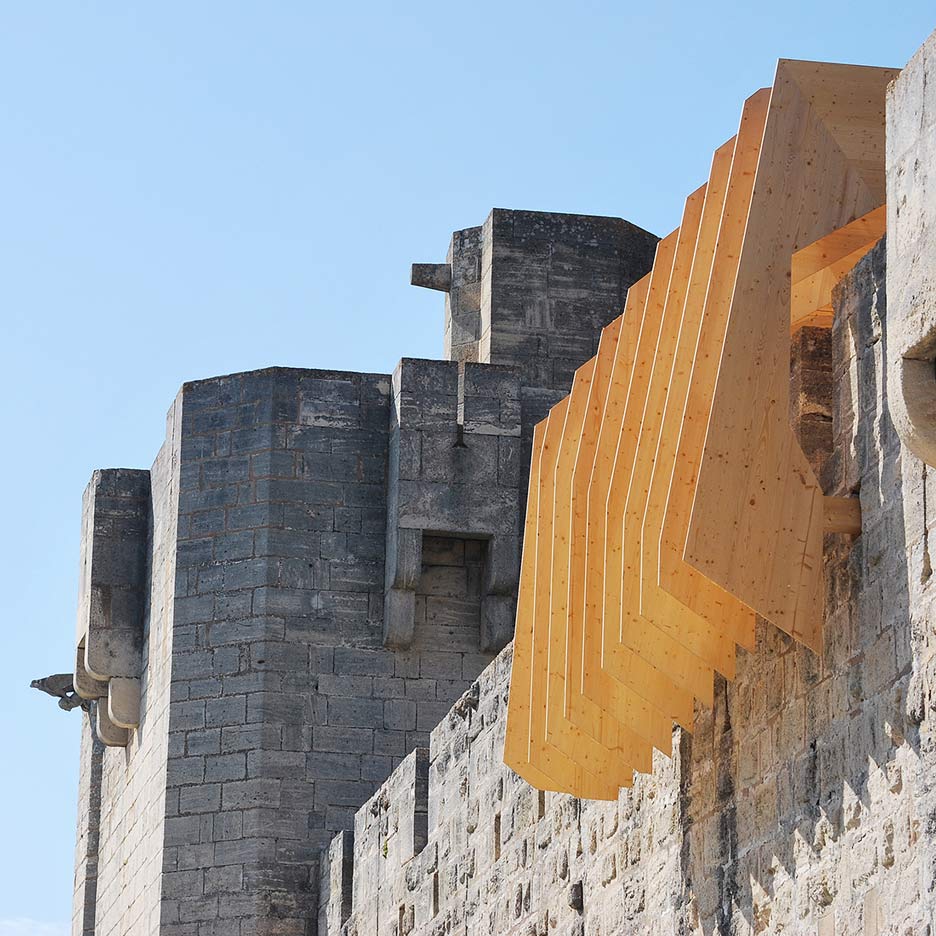 "This pavilion references the architectural heritage and also has a futuristic appearance in the landscape," he added.

The plywood trusses are expressed on the outside of the building, so Havermans coated them in black rubber as a protective measure against the elements.

Six of the trusses are positioned in parallel pairs to create the sides of the pavilion, while a seventh is turned at right angles to form one end of the structure.

Inside, the trusses are painted red and folded open, creating small alcoves for visitors to sit within.

The base has a step around its edge that forms bench seating on both the exterior and interior. The metal framework supporting the structure can be seen beneath the wooden seats outside.

The pavilion was built in segments so that it can easily be taken apart and reassembled elsewhere.

When the events series ends later this month, the pavilion will move to another location and be used as Stichting Fabrikaat's headquarters in Nijmegen.

The pavilion is the latest in a series of fantastical structures designed by Frank Havermans including a bright red tower resembling the head and neck of a monster and a sunken concrete structure built by a stream in the Netherlands.