Musician Moby has hit out at architects "who think about stuff that can be photographed well, but who never actually plan on spending time in the spaces they create".

Speaking to architecture magazine CLAD, the LA-based musician, 51, said that architects frequently prioritise aesthetics over comfort and do not think enough about the end users of their work.

"I have an issue with architects and designers who think about how is the space going to look when it's on an architecture website, rather than how it's going to feel for the people who either live there, work there or patronise it," he said.

"Sometimes certain things like comfort are not that photogenic, and if you've ever tried to live in a photogenic space that isn't comfortable, it can be really upsetting."

He pointed to his own recent stay in a hotel room by the late British architect Zaha Hadid – believed to be in the Puerta America Madrid hotel in Spain, where each floor is by a famous designer – as an example.

"I had a couple of nights in Madrid staying in a hotel room that Zaha Hadid Architects had designed," he said. "It looked amazing, but was the least comfortable space I've ever inhabited."

"Literally sleeping in a dumpster would have been more comfortable," added the musician.

Opened in 2005, the Madrid hotel has 12 floors, with the list of contributors who created different designs for the interior including Hadid, Jean Nouvel, Ron Arad, Norman Foster, David Chipperfield, John Pawson and Marc Newson.

Hadid's rooms on the first floor feature continuous walls, furniture and fittings moulded from solid-surface material Hi-Macs, with her signature swooping shapes creating the impression of being inside a cave. 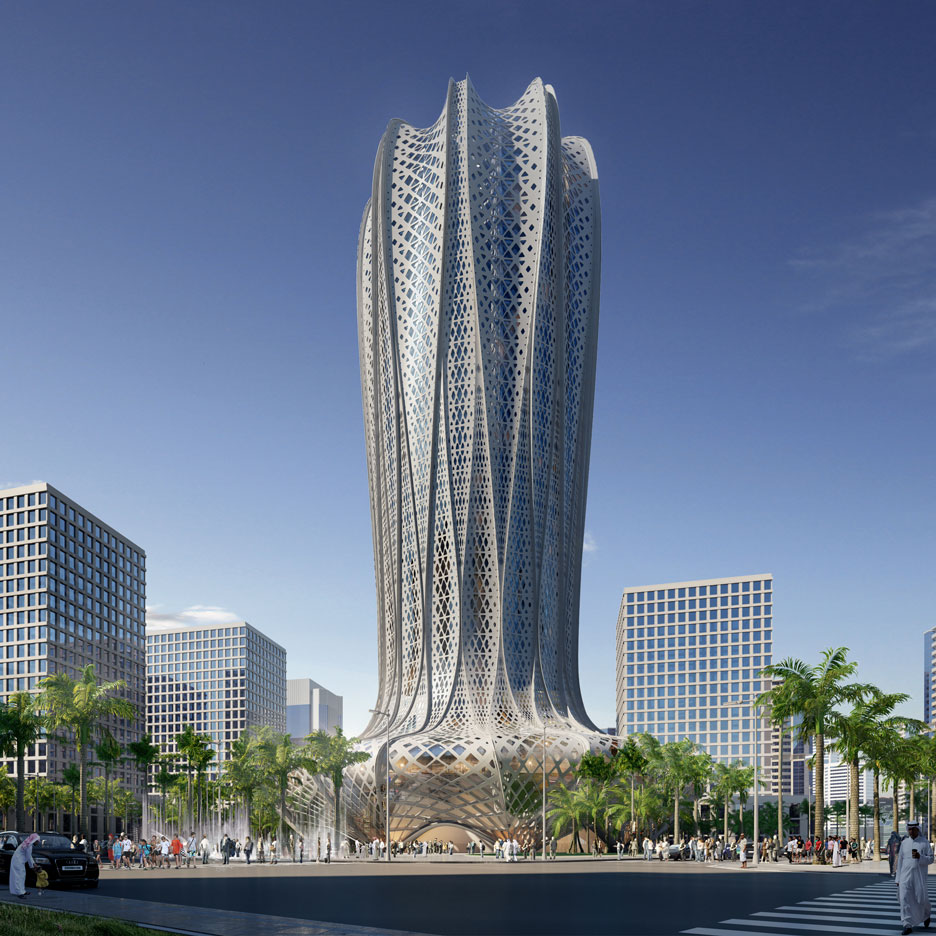 "There was nothing soft in there. Everything was moulded plastic, which photographed nicely but wasn't designed for humans," said the musician..

Moby rose to fame in the late 1990s and early 2000s with tracks including Why Does My Heart, Natural Blues, Porcelain and We Are All Made of Stars. The musician has had a long-standing interest in architecture and design. In 2012, he launched a personal blog documenting architecture in Los Angeles.

Moby was speaking to CLAD about the design of his vegan restaurant Little Pine in the Silverlake neighbourhood of LA, which opened last year. The musician collaborated with local architecture firm Studio Hus on the restaurant.

He told CLAD that the design – which uses "nice but very, very basic materials" – was meant to suggest a "simple and unpretentious mid-century Scandinavian ski house".

"The criteria by which design should be judged is 'does it make people happy?' You have to consider their practical and emotional needs."