Yves Behar has spoken out about the widely ridiculed juicer he designed for Silicon Valley start-up Juicero, saying "people are very, very happy with it".

The Juicero juicer became the subject of a social media backlash in April after it transpired that a pair of hands could do the same job as the $400 machine, which squeezed juice from pre-packaged sachets.

In his first public comments on the controversy, Behar defended the product to Dezeen, saying that Juicero was a useful product.

However, Behar stopped short of saying Juicero had been unfairly targeted by social-media commentators.

"You have to have a long view of these things, and the internet tends to have a short view." 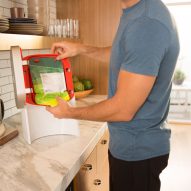 Behar's studio Fuseproject had worked with Juicero for two years to design the Nespresso-style countertop machine, which was released in 2016 and currently retails for $399 (£310).

It came to the attention of Twitter users following the publication of a Bloomberg Business article that said investors had been dismayed at the final product and included a video showing its juice packets being squeezed by hand.

Since then, to be "the Juicero of" something has become a descriptor for other expensive gadgets of limited use – similar to how "the Uber of" is used as a shorthand for on-demand, app-based businesses.

The design by Behar – who is one of the world's leading industrial designers for new technologies – is considered to be one of the reasons for Juicero's relatively high price tag. It initially went to market with an even higher price tag of $700 (£550).

Among its features is a door made of aircraft-grade aluminium. It is also Wi-Fi-enabled, for the purpose of rejecting out-of-date bags of juice based on scans of their QR codes.

"Juicero is the first company to make cold-pressed juice something that people can make themselves at home," Behar told Dezeen at the time of Juicero's launch. "The challenges to design and engineer a press that can deliver 8,000 pounds of force are tremendous." 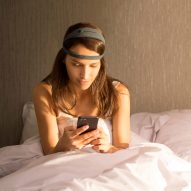