Parisian artists and gallery owners have penned an open letter opposing the installation of a sculpture by Jeff Koons, describing the monument as "shocking and unwelcome".

American artist Koons, known for his reproductions of banal objects, announced he was to gift Paris with his Bouquet of Tulips sculpture in 2016 as a "symbol of remembrance, optimism, and healing" after the terror attacks of November 2015.

The monumental piece, which depicts a giant hand holding multicoloured flowers, is due to be permanently installed at Tokyo Square in front of the prestigious Palais de Tokyo.

But 24 artists, museum workers, collectors and politicians have urged city officials to reconsider its placement in an open letter published by French newspaper Libération.

"We, artists, politicians, professionals and amateurs of the French art scene, ask for the abandonment of this initiative," reads the letter, translated to English. "Indeed, this project is shocking, for reasons of different order and importance, the accumulation of which must lead wisely to abandon it."

Denouncing Koons' offering as "product placement", the artists questioned why a project honouring the lives of French people wasn't opened up to the French scene.

"If a work of unprecedented importance was to be placed in this culturally and historically particularly prestigious place, would it not be necessary to proceed by call for projects, as is the custom, by opening this opportunity to the actors of the French scene?" they said.

According to Koons, the sculpture is meant to mimic the Statue of Liberty grasping its torch.

However, the opposing artists disagree, "the choice, the work, and especially its location – without any relation to the tragic events invoked and their location – appear to be surprising, if not opportunistic, even cynical," reads the letter.

The signatories also take issue with the concept that Koons has "gifted" only his idea, and they forecast that the multi-million execution and installation costs would have to be covered by the French State and taxpayers.

"This installation would be costly for the state, and therefore for all taxpayers," they claimed. "Because the artist donates only his 'idea', the construction and installation of the sculpture, estimated at €3.5 million [approximately £3 million] at least, being financed by patrons, including French, who would benefit from rebates 66 per cent of their contribution."

Additionally, they point out that the sculpture's placement is problematic – as it won't be positioned anywhere near the Stade de France, Bataclan concert venue, or nearby restaurants and bars hit by the 2015 attacks that killed 130 people. 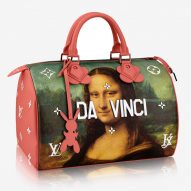