Working with the British fashion house's chief creative officer Riccardo Tisci, Saville has designed a new logo, and a monogram that spells out TB – after the founder of the brand Thomas Burberry.

"The new logotype is a complete step-change, an identity that taps into the heritage of the company in a way that suggests the twenty-first-century cultural coordinates of what Burberry could be," Saville exclusively told Dezeen.

The #Burberry Logo August 2018 . ‘Peter is one of our generation’s greatest design geniuses. I’m so happy to have collaborated together to reimagine the new visual language for the house.’ – #RiccardoTisci

Along with the monogram the pair designed a new logo for the company in a sans serif font. It will replace the Burberry Equestrian Knight logo with its bespoke Bodoni font, which had been used by the clothing company since 1901.

"Burberry needed an identity that is fluid and able to cross over into all the categories that are required of a big luxury clothing and accessories brand – something to transcend the company provenance without denying it."

The new TB monogram will appear both on its own or as a repeating pattern. Tessellated, the interlinked T and B echoes the brand's famous nova check.

Burberry announced the news via its Instagram page, and will now be featured across its channels and in its advertising campaigns.

"Peter is one of our generation's greatest design geniuses. I'm so happy to have collaborated together to reimagine the new visual language for the House," Tisci said in a statement. 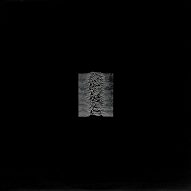 Saville was co-founder and art director of the independent record label Factory, and was responsible for a host of iconic album cover designs, including the artwork for Joy Division's 1979 album Unknown Pleasures.

Last year Saville worked with Calvin Klein's creative director Raf Simons to subtly rework the fashion label's logo, replacing it with all caps and kerning the letters closer together.