The Uritrottoir urinal – a portmanteau of the French words for urinal and pavement – is designed for outdoor use. Four of the box-like toilets have been erected in Paris in areas that suffered from 'les pipis sauvages', or public peeing.

One particular urinal on a popular tourist Seine-side thoroughfare on the Ile Saint-Louis – the neighbouring island to Ile de la Cite, site of the city's famous Notre Dame cathedral – has caused protests from local businesses and residents.

Residents have written to the town hall to demand its removal. They argue that the urinal is "immodest" and "incites exhibitionism" and have pointed out that it sits 20 metres from a primary school.

Unlike some other street urinal designs the Uritrottoirs are low-level devices without significant sidings. They are deliberately designed not to look like typical urinals, and might almost be mistaken for postboxes.

"In order for Uritrottoirs to be accepted by residents, we had to imagine equipment that does not look like a urinal," one of the product designers at Faltazi who was closely involved with the project, Victor Massip, explained.

Massip is not surprised by the uproar in Paris, which he attributes to the lack of consultation with residents before the urinals were installed.

"It must be the subject of consultation with residents and shops. This consultation took place on the city of Nantes but not on Paris. In Nantes we meet with great success, but in Paris only three out of four are accepted." 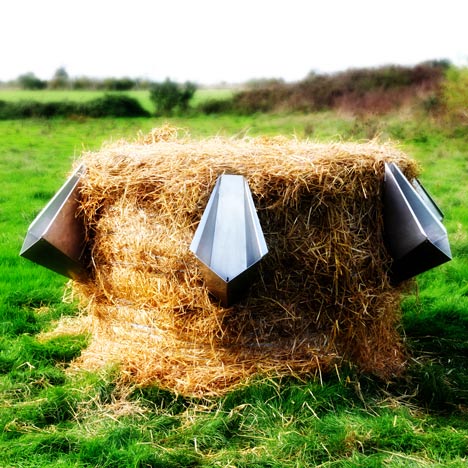 The other three Parisian urinals have not met such opposition. They are located in Tino Rossi Square, Henri Fresnay Square, and Boulevard de Clichy.

The urinals are ecologically friendly and easy to install as they do not require fixed plumbing.

Beneath the bright red box sits a collection box full of straw, sawdust or wood chips. A sensor measures how much urine the box is holding at any given time.

Once full, the lower box must be taken to a composting site, from where mulched compost returns a few months later to feed the window-box that grows above the urine funnel.

The designers estimate that three urinals installed in Nantes collected 6,000 litres of urine over a period of six months, that would otherwise have ended up on the city streets.

There are now eight urinals in the city and plans for more.

In response to the furore in Paris, local mayor Ariel Weil insisted that the urinals were needed, and that the Ile Saint-Louis could be relocated.

"If we don’t do anything, then men are just going to pee in the streets. If it is really bothering people, we will find another location," Weil was reported as saying in The Guardian.

The debate continues on Twitter, where Weil described the design as "genius" and praised the French engineers behind the project, who he said made the urinals in France "not for the sake of nationalism, but because we have these sort of skills. And we need them. Even if everyone has not understood that yet."

This is not Faltazi's first foray into designing toilet solutions. The studio designed a plastic funnel that can be thrust into a bale of straw that launched at French heavy metal festival Hellfest in 2013.