Apple has unveiled the new Mac Pro, its most powerful desktop computer to date, contained in a simple aluminium-covered box.

Announced yesterday at Apple's Worldwide Developers Conference (WWDC) in San Jose, California, the processor has been redesigned for the first time in six years.

The new design is kept clean, with a similar cheese-grater aesthetic to the old Power Mac. It has a simple rectangular form, with an aluminium casing that can be lifted off for 360-degree access to the entire system.

The frame allows for a modular configuration, with smooth handles that allow you to easily move it around, and features a lattice pattern to maximise airflow and quiet operation.

Behind the cover, the new Mac Pro is designed for maximum performance, expansion and configurability.

Supported by an "intricately engineered" stand, the screen can be titled, height adjusted and rotated 90 degrees into portrait mode for detailed tasks such as retouching photos, designing a web page or writing code.

The Pro Stand can also be swiftly attached and detached to enable easy transport between locations.

According to Apple, the Mac Pro and Pro Display XDR are the most powerful tools the company has ever released.

"With its powerful Xeon processors, massive memory capacity, groundbreaking GPU architecture, PCIe expansion, Afterburner accelerator card and jaw-dropping design, the new Mac Pro is a monster that will enable pros to do their life's best work," he continued.

The new Mac Pro also features the Apple MPX Module, labelled the world's most powerful graphics card, which boasts a computing speed of up to 56 teraflops of graphics performance, and over 500 watts of power.

Despite this huge amount of power, the MPX Module runs almost silently, cooled by the the Mac Pro system thermals. State-of-the-art thermal architecture also allows the Mac Pro processor to run fully unconstrained all the time.

The Mac Pro can support a huge memory capacity of 1.5TB – the most ever available in a Mac – for those working on large projects that require running multiple applications or managing extensive data sets, featuring a six-channel memory architecture and 12 physical DIMM (dual in-line memory module) slots. 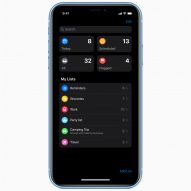 The accompanying Pro Display XDR is backlit with a series of LEDs that produce 1,000 nits of full-screen brightness and 1,600 nits of peak brightness – a first for Apple.

To manage reflected light, the screen has an anti-reflective coating and a new "nano-texture" matt option, which has glass etched at the nanometer level for low reflectivity and less glare.

Prices for the Mac Pro start at $5,999, while the Pro Display XDR has a starting price of $4,999, and the Pro Stand costs $999. Each of the products will be available to order later this year in autumn.

Apple also announced a dark display mode at the developers conference. Designed to suit use in low-light environments, the new launch will be available on the new iPhone and iPad operating systems.