Zahira Asmal, an urbanist from South Africa, has been forced to cancel a planned lecture in London after a "humiliating" experience with UK visa services.

The cancellation comes amid rising concern over the way overseas creatives, particularly those from Africa, are being treated when applying for visas to visit the UK.

Asmal had been due to give a lecture in London this September as part of a series of talks organised by the Architecture Foundation.

But Asmal, who is director of Cape Town urban research, publishing and placemaking agency The City, withdrew following a gruelling and costly battle with UK diplomats over her visa.

In a Facebook post, she described the visa application process as "humiliating, overpriced and unfair" and said her decision to cancel her lecture was "tough and heart breaking".

"We are made to feel like criminals each time rather than collaborators and guests," wrote Asmal, who has visited the UK on numerous occasions in the past and worked for two years at the London office of Adjaye Associates as research and special projects manager.

"In South Africa we welcome visitors from the UK with open arms, smiles, mountain walks and dinner invitations."

"The Home Office's hostility towards visitors from overseas is something nobody voted for and risks trashing our creative industries from architecture to music," he said.

Asmal said UK visa restrictions had recently got tougher and the application process more time-consuming and expensive. Visa staff, who are difficult to contact, treat applicants with suspicion, haughtiness and inflexibility while application forms involve lengthy and intrusive questionnaires.

Inconsistent and vague advice makes it hard for prospective visitors to plan their travel, Asmal said. 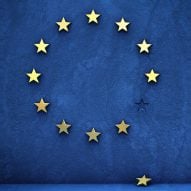 She subsequently received an invitation to give the same lecture in Rotterdam, so she reluctantly decided to cancel the London talk and apply for a transit visa that would allow her to fly to London as planned and travel onwards to the Netherlands.

"I cancelled my visa application and decided to fly through London onwards to Amsterdam assuming that a transit visa would involve less paperwork and less time," she explained. "I was wrong."

She then had to repeat the visa application process, which involved answering "150 questions and paying an additional 50 quid to sit in Heathrow airport for an hour".

"I was unaware that I would be expected to go through the same nightmare for an airside transit visa," she said. "The alternative is to cancel my flight and rebook."

Earlier this month, a cross-party group of British members of parliament warned that the visa system was "broken" and was "widely perceived as biased or even discriminating against Africans”.

Asmal said that since posting her experience on Facebook, she had received numerous reports of similar incidents.

"People are rightly worried about the impact of Brexit ending free movement within Europe but in fact Britain has been independently hardening is border for some time," said the Architecture Foundation's Harper. 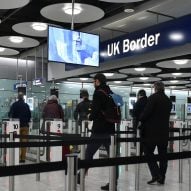 Harper pointed out that international music festival WOMAD is struggling to book overseas artists due to the harsh visa regime.

"British architectural discourse is suffering a similar isolation as the government clamps down on our ability to engage international practitioners from beyond the EU, especially the global south," he said.

Harper said UK visa requirements have long been tough for citizens of countries that were once British colonies, but said: "What is new is the scale and voracity of the issue."

Asmal will now give lecture in Rotterdam

Asmal had planned to deliver a performance lecture titled Welcome to Johannesburg, which gives a detailed account of a place-making project she initiated at Park Station in South Africa's largest metropolis. An element of the project involved commissioning British architect David Adjaye to design a pavilion as a symbolic welcome to the city.

She has previously performed the lecture in Marrakech and Cape Town and is additionally due to deliver the lecture in Tunis and Amsterdam this year and Accra, Milan and Paris next year.

In a review of Asmal's Marrakech performance, he wrote: "In this evocative lecture, Zahira Asmal shares the complexities of working on the ground in the contested urban conditions of Johannesburg. Her commitment to careful, informed and ambitious interventions, relating to the city’s physical heritage as well as its social fabric are exemplary of today’s avant-garde grounded urban practice."

Asmal will give her lecture at Het Nieuwe Instituut, Rotterdam on 3 October 2019.