Researchers at MIT have invented a low-cost moisture sensor for disposable nappies that uses radio frequencies to alert caregivers when babies need changing.

The sensor is able to detect when a nappy is damp and send a notification to the caregiver via their phone or computer, ultimately cutting down on diaper rash and other problems that stem from late changing.

While typical sensors of this sort would need batteries and wireless or Bluetooth transmitters, the team from MIT's Auto-ID Lab achieved a similar outcome using a small, simple sensor that they estimate would cost less than two cents to manufacture.

The system works using a passive radio frequency identification (RFID) tag, which sits in the bottom layer of the nappy and works in conjunction with a nearby RFID reader.

With RFID, the reader sends out radio waves, and the corresponding chip tweaks them and sends them back, relaying information about its current state.

The reader then interprets the information and sends notifications wirelessly.

By using passive RFID, no further energy source such as a battery is required, as enough energy is supplied from the radio waves. 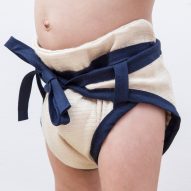 The MIT team's nappy sensor gets an additional boost from the super-absorbent polymer material that diapers typically use to soak up moisture.

When wet, this material expands and becomes slightly conductive, turning it into an antenna for the RFID tag and allowing its signal to reach a reader up to one metre away.

While such sensors would obviously be useful for parents caring for a single infant, the MIT team points out that nurses in neonatal units caring for multiple babies could benefit even more.

The sensor would also be useful for adult diapers, because wearers are sometimes embarrassed to tell their carers when a change is needed.

"Diapers are used not just for babies, but for ageing populations, or patients who are bedridden and unable to take care of themselves," said engineer Pankhuri Sen, who was a research assistant in MIT's AutoID Laboratory.

"It would be convenient in these cases for a caregiver to be notified that a patient, particularly in a multi-bed hospital, needs changing," she added. 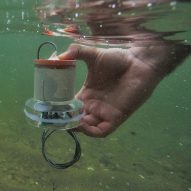 MIT's Auto-ID Lab is led by engineer Sanjay Sarma, and is where the term "Internet of Things" was first coined. Adapting RFID technology to work as sensors is a current focus for the lab.

Another group of MIT researchers came up with a battery-free sensor last year that also utilises RFID tags, this time designed for underwater use.

The almost-zero-energy sensor avoids a key problem with underwater electronics of pollution from the use of batteries, and instead operates using vibrations and wireless signals.