Self-employed designers impacted by coronavirus will be eligible for grants worth up to 80 per cent of their average monthly earnings from June, the UK government has announced.

The support package, announced by chancellor Rishi Sunak today, means that self-employed workers and freelancers who have lost work due to the coronavirus pandemic will be able to apply to the government for a grant to replace lost earnings.

Industry bodies welcomed the announcement, with the Creative Industries Federation calling it "a victory for the creative industries" and the Royal Institute of British Architects saying it will "provide long-overdue relief to self-employed people".

As part of the package, freelance designers will be able to apply for grants worth up to £2,500 per month for at least three months.

This brings the financial aid available to the self-employed level with salaried workers, who were given similar levels of support in the Coronavirus Job Retention Scheme, which was announced last week.

Package offers "the same level of support as those in work"

"The package for the self-employed I've outlined today is one of the most generous in the world that has been announced so far," said Sunak. "It targets support to those who need help most, offering the self-employed the same level of support as those in work."

Freelance designers will be able to claim 80 per cent of their average monthly profits over the past three years, up to the £2,500 mark.

To claim the grants, people must have earned less than £50,000 in 2018-19, or as an average between 2016 and 2019, and have earnt the majority of their income from self-employment. The first payments will be made in June.

The measures were welcomed by the Creative Industries Federation, which had been campaigning for freelancers to receive government support. However, it criticised the government's timescale.

"The chancellor's statement today is a victory for the creative industries," said Caroline Norbury, CEO of the Creative Industries Federation. 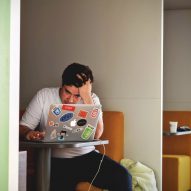 "Although the measures announced today are welcome, it is vital that they are implemented as a matter of urgency, and certainly much quicker than the proposed timeline of June – two months later than those on payroll," she continued.

According to the federation, freelancers make up one-third of the UK's creative workforce. A Twitter poll conducted by the federation found that half of all freelancers have seen all their work cancelled due to the coronavirus pandemic.

"Self-employed workers have outgoings and business expenses due immediately, which £94.25 a week in Universal Credit payments simply will not cover," Norbury added. "They cannot wait three months to be paid. It is vital that the government implements an interim basic income for the self-employed until the scheme is fully operational."

"There are also a number of unanswered questions around the eligibility"

"This scheme should provide long-overdue relief to self-employed people across the UK, but many will be seriously concerned about how they will manage their finances until the fund becomes available," said RIBA CEO Alan Vallance.

"There are also a number of unanswered questions around the eligibility of those with newer businesses and some types of self-employment. We will be pushing the Treasury for clarity."

Coronavirus has infected over 9,500 people in the UK and has caused 450 deaths. In response to the escalating pandemic, the government has placed large parts of the country on lockdown, with restaurants pubs, theatres, cafes and numerous other businesses closed.

The photograph is by Christin Hume via Unsplash.