Afforestation is an unreliable way of permanently sequestering atmospheric carbon, according to several key figures interviewed by Dezeen as part of our carbon revolution series.

While trees capture huge amounts of carbon, they need to remain growing for a long time to be effective carbon stores, experts say.

In addition, the timber they produce needs to be put to long-term use to prevent the carbon it contains from quickly going back into the atmosphere when it rots or is burned.

"Planting trees is probably the most difficult potential method from a measurement and verification perspective," said Paul Gambill, CEO of carbon marketplace Nori in an interview with Dezeen.

"You plant the forest but you don't start seeing carbon retention and sequestration happening for at least 10 years after they're planted, so there's a long lag time in doing that," explained Gambill, whose company allows people who capture atmospheric carbon to sell it to people who want to offset their emissions.

"And then you have to maintain that forest and make sure it isn't burned or cut down."Forests need to have a permanence of 100 years to be effective carbon stores", he said.

"So you plant your saplings and then you have to maintain the forest for 100 years. That's multiple generations of people. How many companies last 100 years these days? How on earth is anyone going to afford to maintain that forest, hiring the team of people you need to do that? It doesn't make any sense."

Soil sequestration, whereby atmospheric carbon is drawn into the earth via regenerative agriculture techniques, is a far more effective solution, he argued, since carbon remains in the soil for hundreds of years.

It also acts as a highly effective fertiliser, reducing the need for synthetic fertilisers, the production of which generates large amounts of emissions. "Soil carbon is by far the most affordable and scalable method of carbon removal that we know today," he said.

Afforestation is "a tricky business," according to sustainable design expert William McDonough. "What happens next?" he said in an interview with Dezeen, referring to the question of what happens once the trees have been planted.

"So if you want to say I'm getting a forest here to replace this thing I did and it has all this characterization of capturing carbon over the next X number of years," he said.

Christoph Beuttler, head of climate policy at Swiss direct air capture company Climeworks, said "more permanent options" are needed for long-term carbon storage. "Trees remove CO2, but how permanent is it?" he said. "How long do the trees stand? And what happens after? Do they get burned? Are they cut down for use in bioenergy?"

Other forms of biomass, including fast-growing algae, bamboo and hemp, have been touted as alternative ways of sequestering carbon naturally, with hemp "more effective than trees", according to Cambridge University researcher Darshil Shah. 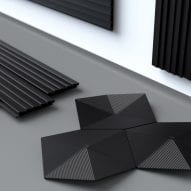 In a recent article for Dezeen, architecture writer Fred Bernstein pointed out the flaws in the argument that constructing buildings from timber is an effective means of long-term carbon storage. "You can't waste any of the wood," he wrote in the article, which examined the sustainability claims of a timber home designed by Perkins&Will.

"That's a problem because converting a tree into lumber usually turns half the wood into sawdust or chips, which could end up being burnt or allowed to decompose. This problem alone suggests carbon sequestration figures should be cut in half."

In addition, he wrote: "The wood has to stay in or on the building for a very long time. If the building needs repairs, and lumber is removed, it may be recycled, but it may also be burnt or allowed to decompose. And who'll be watching in 20 or 50 years?"

Afforestation must be done "in a smart way"

Planting forests can cause ecological damage if not done carefully, according to Jon Khoo, sustainability leader at carpet brand Interface.

"You don't want it to be a monoculture where anything is going to be damaging," said Khoo, who is helping Interface in its drive to be a carbon-negative company. "If someone's going to plant trees, you want them planting in a smart way that recreates the forest that should be in that land and that creates an ecosystem that is balanced."

Khoo added that a whole range of approaches will be needed to remove carbon from the atmosphere, including other natural methods of capture including mangroves and seagrass as well as mechanical methods such as Climeworks' direct air capture machines.

William McDonough agreed, adding that there are other reasons for creating new forests besides carbon capture. These include protecting biodiversity, conserving water and preventing erosion, as well as serving as cultural and spiritual assets for humanity.

"I think taking care of forests is something that is essential to culture," he said. "There are so many reasons to do it beyond carbon sequestration. It's still worth doing even if the carbon equations are skewed a bit because it's about a 25-year cycle. The tree grows, dies, becomes carbon, goes up, comes back."

Forests aren't the only type of ecosystem that needs to be recreated, he added. "So let's plant mangroves, let's restore ecosystems everywhere we can, all over the planet, all the time."

Offsetting carbon emissions should just be "a first step"

Designer Charlotte McCurdy argued that offsetting emissions by paying for trees to be planted amounted to "holding a forest hostage".

"Does someone holding a forest hostage actually mean that you can go emit and somehow that makes you neutral?" she asked. Offsetting, whereby greenhouse gas emissions are negated by investing in schemes that recapture those emissions, is a lazy way out, she argued.

"The reason there's an emphasis on offsets is that it's easy," said the designer, who is developing carbon-sequestering bioplastics. "Truly decarbonizing and disentangling your industry or your material selection from fossil fuels or fossil carbon that actually takes retooling. "

"And offsets can be a pathway, a first step, but by no means is it a destination in terms of designing an actual system that is decarbonized," she added.

Nori's Gamrill agreed that offsetting via tree-planting looks like an easy option but in reality is fraught with uncertainty. "Have you ever bought an airfare or something like that and you see a little checkbox, and you check that box and they say we're going to take care of the carbon emissions from this and we'll plant a tree or something?" he asked.

"That's fine and good but you as a consumer have no idea how they're doing that, where it's happening or how it's being measured and verified. You have no insight into that after you check that box and you move on with your day."

"We know that a carbon dioxide molecule basically hangs out in the atmosphere for approximately 100 years," he added. "So it just kind of evolved to a point where people are saying, if I'm going to pay you to offset some emissions, then you should make sure that that carbon is going to stay out [of the atmosphere] for at least 100 years."

"It is impossible to get down to zero with offsets"

Fredrika Klarén, head of sustainability at electric car brand Polestar, agreed that there are "too many insecurities" when offsetting fossil-fuel emissions. Instead, companies have to eliminate emissions from their entire value chain.

"It is impossible to get down to zero with offsets," said Klarén, who is helping Polestar develop a car that aims to be carbon-neutral in every aspect of its production. "The trouble is that not many people are aware of this. You cannot offset emissions from the use of fossil fuels. There are too many insecurities in that."

"It is great to support forest conservation but you cannot do it as a means to try to offset emissions from something that you’ve just produced," she added, pointing out that Polestar is "not going to go down the tree planting route."

"We have to decarbonize our value chain. We have to go for that. Otherwise, we will fail at becoming net-zero."