A proliferation of strangely similar restaurants in our cities is at risk of making them boring places to live, writes Jonathan Nunn.

Have you recently had a meal in a new restaurant in the centre of your city? Let me guess. The food was from another country but the menu emphasised that all the dishes are made with local, well-sourced, seasonal ingredients. The decor of the restaurant was chosen to mimic the street food culture of that country, but with a modern, comfortable twist so you know you're not really sitting by the roadside.

The landlord of the restaurant is also the landlord for all of the other restaurants in the neighbourhood, and makes sure no cuisine is repeated to avoid homogeneity. The restaurant is most likely part of a new pseudo-public development that says it's going to add 'vibrancy' to that area. Your meal was nice enough, good even, but you mainly recall the sinking feeling when you saw the bill.

Am I right? In London, this pretty much describes any restaurant that has opened in the centre in the last five years, particularly in Soho which now resembles an 'It's a Small World' theme park of restaurants, all ostensibly precisely the same restaurant just distinguished by a different cuisine. This is different from chainification – these places are all 'independent', after all – but rather represents a tendency to safeness, to cookie-cutterism, to a bland urbanism currently being foisted on cities by landowners and developers. 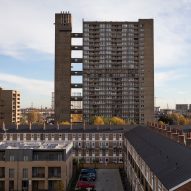 "We couldn't stop Balfron Tower from being privatised. In fact we probably helped it along"

This ongoing process of homogenisation is something I call 'Sohofication', whereby a neighbourhood that previously contained a diversity of amenities for locals – retail shops, grocers, book shops, pubs, caffs – gets overrun with restaurants primarily targeted at food tourists.

You see Sohofication in New York, in the Lower East Side, in the recent Hudson Yards project, in Los Angeles, in almost every city which scores highly on the Global City Index. Sohofication is giving all of us decent-to-good food, and it is strangling our city centres.

In a recent newsletter, the architecture writer Drew Austin observed that food – particularly restaurants – is now the thread that runs through his city, New York, in a way that music once did in the '70s. The proliferation of these restaurants during the last three decades has not merely been down to a spontaneous explosion of cultural interest in food, but a carefully planned shift in what we conceive our city spaces to be about and who we want them to be for.

In London, where retail has mainly been gutted by the internet (and rents have not been controlled to ensure the passing on of small businesses for the same use, as happens in Paris), restaurants are one of the few remaining businesses not replicable via a phone app, even if delivery is giving it a good go.

This means restaurants are generally a sound bet for landlords who want a steady and dependable stream of income. More than this though, restaurants add cultural capital to an area to attract the right sort of person – well-educated, upwardly mobile, middle-class consumers – who are sure to recommend it to their friends too. 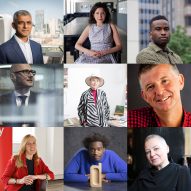 It's here that Sohofication bifurcates: in the city centre it is used to cater to a peripatetic base of food tourists and is controlled by a handful of landlords who deliberately curate areas like a gigantic food hall. On the periphery however, where people live, restaurants are the attendants of housing and leisure projects, purportedly intended to 'regenerate' an area but often involving the displacement of working class residents from a neighbourhood and replacing them and the places they eat with a new, wealthier consumer base, along with a new type of Sohofied restaurant culture: wood-fired pizzas, fresh pasta, tacos, anything safe.

In his essay for the book I recently edited, London Feeds Itself, the architecture writer Owen Hatherley describes how this very thing happened at Elephant and Castle, with the destruction of the Heygate Estate and the Shopping Centre transforming a chaotic but fascinating patchwork of cafes, canteens and restaurants into a safe, neutered culinary experience.

"Developers know what they want in their new shop units," Hatherley writes. "Aside from an estate agent, they want a 'vibrant' restaurant, but in the Dishoom vein: a comfortable version of an imagined, slightly frightening thing. They might even want a 'street food market' in the private–public space outside, as well as a branch of Albion greengrocers. There are many of these spaces now, in Stratford and the Elephant and Kings Cross, and they are strikingly similar."

Too much good taste can be fatal to a city

You might wonder who actually benefits from all of this homogenisation. Not necessarily the restaurant owners, when business rates in Soho are around half a million pounds for a small unit. Not even the foodies, who have to deal with restaurants expanding too quickly, cutting costs and losing quality to make their businesses viable. Certainly not the local community, except perhaps the one moving in (I recently heard a Fitzrovia restaurateur talk about his new restaurant serving 'the community' and wondered who on earth he could mean? Local estate agents?).

In 2020, four in 10 of all national restaurant reviews were of restaurants located in Mayfair, Chelsea, Fitzrovia and Soho: that's 40 per cent of reviews covering the most expensive square miles of property in the UK, which are owned by just a handful of mega-landlords. Just this year, two of them, Capco and Shaftesbury, merged to create a giga-landlord whose fiefdom stretches from Carnaby St all the way to Kingsway. It's not that hard to guess who is really making money from all of this.

What this all means is a homogeneity of taste, and too much good taste can be fatal to a city (just see Copenhagen). However, there are pockets of London where genuinely creative things are taking place, where other forms of taste are allowed to exert themselves, even bad taste. Increasingly they are taking place in previously neglected suburbs that have become our new cultural epicentres. 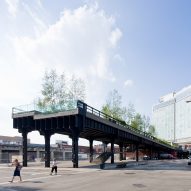 There are restaurants, of course, but other things too. In London, the extraordinary ecosystem of bakeries, shisha bars and warehouses that have sprung up around the Park Royal industrial estate in the north-west of the city are more vital than the famous Edgware Road. There are barbecues in Burgess Park that make every faux-Texan BBQ joint in Soho look like a joke. There are chicken shops in east London serving naga doner bulldozing cultural dividing lines more skilfully than any fusion restaurant.

These are the spaces we should also be celebrating and protecting, else the entire city – and yours too – becomes one big small-plates Soho restaurant.

Jonathan Nunn is founder and editor of Vittles, an award-winning online magazine based in the UK and India, publishing food and culture writing from across the world. His new book, London Feeds Itself, is published by Open City with contributions from Owen Hatherley, Ruby Tandoh, Jeremy Corbyn, Shahed Saleem, Claudia Roden and others.

The illustration is by Harry Darby and Anna Hodgson courtesy of Open City.