Kanye West, now officially known as Ye, reportedly has plans to create his own mini-cities with Yecosystem-branded homes as the artist is dropped by fashion brand Balenciaga after making antisemitic comments.

Plans for the Yecosystem cities have been years in the making and the first community could be introduced next month, sources told music magazine Rolling Stone.

The rapper has filed a number of trademark applications under the Yecosystem name, including for home design services, residential buildings and retail stores, as well as for charitable fundraising, a public relations arm and a number of food products.

The news comes as Ye lost his collaboration with fashion house Balenciaga after posting antisemitic tweets on Twitter and an antisemitic post on Instagram, leading both platforms to remove the posts and lock his account temporarily.

Balenciaga officially cut its ties with the rapper on Friday, the company said in a statement to industry magazine Women's Wear Daily. 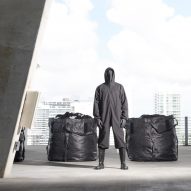 "Balenciaga has no longer any relationship nor any plans for future projects related to this artist," the fashion brand's parent company Kering stated.

Ye had opened the Balenciaga Spring Summer 2023 show in Paris, which was set in mounds of mud designed by Spanish artist Santiago Sierra.

The artist's Yeezy partnership with German sportswear brand Adidas is also under review after he claimed the company "stole" his designs and after Ye wore a T-shirt saying "White Lives Matter," an expression that is categorised as a hate statement by the Anti-Defamation League.

Yecosystem latest in chain of proposed architecture projects by the artist

Ye has previously had other plans for housing, creating a Star Wars-informed design for homeless housing in 2019. A prototype for the houses was destroyed the same year after reports that he failed to secure a building permit.

In 2018, the artist revealed plans to extend his fashion label Yeezy with an architecture division called Yeezy Home.

"We're looking for architects and industrial designers who want to make the world better," he said at the time.