Photo essay: photographer Rebecca Litchfield has toured former Soviet countries to document the once-monumental structures around the Eastern Bloc that have fallen into decay.

Litchfield took a road trip through east Germany, Ukraine, Bulgaria, Hungary, Czech Republic, Slovakia, Latvia, Estonia, Lithuania, Croatia and Russia to capture the crumbling architecture, built throughout the 20th century and abandoned following the collapse of the Soviet Union in the early 1990s.

The series is collated into a book titled Soviet Ghosts – The Soviet Union Abandoned: A Communist Empire in Decay.

Only the most intrepid urban explorers cross the tattered ruins of the old Iron Curtain to endure the excessive bureaucracy, military paranoia and freezing winds of the East to hunt for the ghosts of an empire. Rebecca Litchfield is one who couldn't resist the haunting allure of the ruins of the Soviet Union.

Time and again she risked radiation exposure, experienced arrest and interrogation, and was accused of espionage while collecting the stunning photography contained in Soviet Ghosts. "Not many explorers travel to Russia," she explains, "where the rules are very different, locations are heavily guarded and a strong military presence exists everywhere. 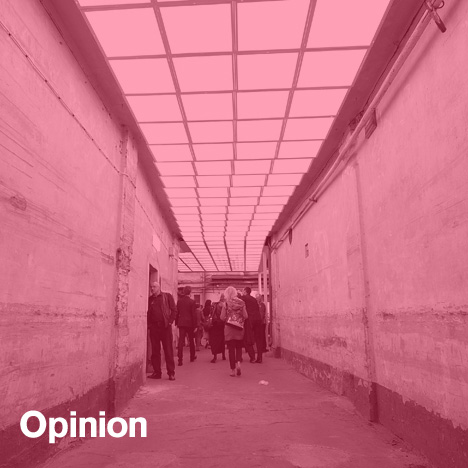 "Design, fashion and architecture hold something mysterious in the objects they produce"

There are serious consequences for getting caught. We managed to stay hidden for all of the trip, we maximised our stealthiness, ducking and diving into bushes and sneaking past sleeping security. But on day three our good fortune ran out as we visited a top secret radar installation. After walking through the forest, mosquitos attacking us from all directions, we saw the radar and made our way towards it, but just metres away suddenly we were joined by military and they weren't happy."

Luckily, after some drawn out conversations between her guides and the military, followed by an unexpected trip to a military base and a long wait, Rebecca was allowed to continue on her adventure through the ruins of Soviet bloc, and witness many sights rarely seen by western eyes.

"I refrain from having personal opinions about the era and try to remain relatively neutral," Rebecca goes on. "Whilst the period had bad times, the people living in the communities still got on with life and also had good times, it was not a period of pure black and white and so my aim of the book was to just capture it as it was now. Some places would have been thriving and others horrible places to be and you can see this reflected in my book and some of the accompanying text. But that is life, time moves on and things like this disappear."

"Some people may see the ruins of this time as destructive, but I see the beauty in the decay, like a memory hanging on that will soon be lost in a breeze, a museum that no one gets to see."