Competition: Dezeen has teamed up with publishers Phaidon to offer readers the chance to win one of five copies of a new book that looks back at the career of late British designer James Irvine.

Congratulations to the winners! David from Germany, Jeff from Canada, Alexander from the UK, Alberto from Italy and Elisa from Australia.

Irvine studied design at Kingston polytechnic, before continuing his education at London's Royal College of Art. He moved to Milan in 1984, where he began work at office products company Olivetti as a design consultant and eventually opened his own design studio in 1988.

Most recently, he worked as the creative director of German furniture company Thonet and as a design consultant to Japanese brand Muji.

The book, compiled by design journalist Francesca Picchi, features essays and interviews with people who worked with him throughout his life. 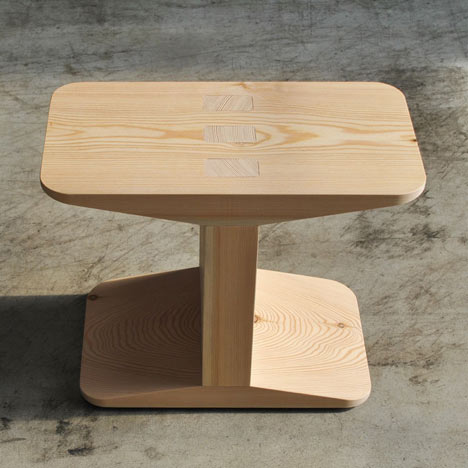 "The interviews are thematic, focusing on the central topics of Irvine's work," said the publishers. "This not only helps to uncover Irvine's engaging personality but also retraces the mood of the discussion and debate that Irvine put at the centre of his design."

Sketches, photos and unpublished drawings are included to illustrate the thought processes behind Irvine's projects.

Each winner will receive one copy of the James Irvine book, which is available to preorder from Phaidon's online store.

Read on for more information from the publishers:

Phaidon is proud to publish this definitive and richly illustrated monograph on British-born, Milan-based designer James Irvine. Compiled by Francesca Picchi with contributions from some of the greatest names in contemporary design, such as Jasper Morrison, Konstantin Grcic and Deyan Sudjic, James Irvine explores the designer's best work including his projects for Muji, Thonet and Olivetti alongside a collection of essays and interviews with designers that James worked with throughout his life. These stories help to place Irvine's work in a broader context and shed light on the fascinating personality behind some of contemporary design’s most interesting projects.

James Irvine (1958 – Feb 2013) moved to Milan in 1984 after graduating from the Royal College of Art, London. For the next eight years he acted as design consultant for Olivetti where he designed industrial products under the direction of Michele De Lucchi and Ettore Sottsass. He opened his own design studio in 1988. His first clients included Cappellini and SCP. Parallel to running his own studio, he also became a partner of Sottsass Associati where he was responsible for the industrial design group.

His design studio in Milan has worked with many internationally renowned companies including Artemide, Arper, Magis and Marsotto. Irvine most recently worked as the creative director of furniture company Thonet and as design consultant to Japanese brand Muji; experiences he combined in a furniture design collaboration with Konstantin Grcic in 2009.

This book explores the thought process behind each of Irvine's projects as well as his inspirations, passions and priorities through anecdotes from those who knew him well and notes from his own sketchbooks and archives. It is fully illustrated throughout with previously un-published drawings, sketches and photos documenting the prototyping and production stages.

The essays and interviews include contributions from: Jasper Morrison, Michele De Lucchi, George Sowden, Giulio Cappellini, Stefano Giovannoni , Marc Newson, Thomas Sandell, Konstantin Grcic, Alberto Meda, Naoto Fukasawa and Marialaura Rossiello Irvine (a partner of the James Irvine studio and his wife). The interviews are thematic, focusing on the central topics of Irvine's work. This not only helps to uncover Irvine's engaging personality but also retraces the mood of the discussion and debate that Irvine put at the centre of his design.