Moreau Kusunoki Architectes, the Paris-based practice that will design the Guggenheim Helsinki, has deliberately avoided media attention since it was founded in 2011. Dezeen looks at the unknown French-Japanese office that has won the biggest architecture competition of the year (+ interview).

Moreau Kusunoki was announced as the winner of the controversial Guggenheim Helsinki design competition yesterday, and the project – a major new outpost for the American arts institution in the middle of the Finnish capital – is set to catapult the firm into the international spotlight.

Founded by husband and wife duo Nicolas Moreau and Hiroko Kusunoki, the 10-strong firm has – until now – avoided the media spotlight and its work has not appeared on any of the major architecture websites.

"[We] deliberately held back from all forms of media attention, in the belief that architecture is best conceived in reserve and introspection, which are favourable to the emergence of poetic visions," said the studio in an official biography.

Japan-born Kusunoki studied at the Shibaura Institute of Technology in Tokyo before going on to work for Pritzker Prize-winning architect Shigeru Ban.

Moreau moved to Tokyo after studying at Ecole Nationale d'Architecture de Belleville in Paris, and worked for both SANAA and Kengo Kuma.

"We try to listen and observe and do things simply and honestly," said the duo in an interview published on the Guggenheim's blog.

"Our cultural duality is legible in all of the projects we conceive. Our work is intended to be timeless, and yet to establish a dialogue with the past and build links with the future, while creating a feeling of intimacy."

They moved to Paris in 2008, when Moreau was charged with co-founding Kuma's European office. He was lead architect on the Japanese architect's FRAC contemporary art centre in Marseille, which completed in 2013, overlapping with the launch of the duo's own firm in 2011.

"The firm would not have existed without Japan," they said. "Passing through the studios of people they considered masters, they learned a number of lessons: the art of construction from Ban, programmatic and spatial investigation from SANAA, a sensibility for materials from Kuma."

Moreau Kusunoki Architectes may not have a significant roster of completed projects yet, but its ongoing schemes are all of a considerable scale for a young practice.

Its competition-winning design for the Polytechnic School of Engineering for the University of Savoie in Bourget-du-Lac, consisting of a series of interconnected white cuboids, is due to open next year.

The House of Cultures and Memories – a museum in the centre of Cayenne, the capital of French Guiana – is due to complete in 2017, as is a new 9,000-square-metre plaza for the Renzo Piano-designed Paris District Court. Both commissions were won through competitions in 2013.

Their first win from 2012 – the Théâtre de Beauvaisis, in Beauvais, with a staggered design consisting of a series of rectangular blocks with perforated facades – was cancelled last year.

"Our work on the new Théâtre de Beauvaisis and the University of Savoie engineering school shares some similar approaches with our design for Guggenheim Helsinki," explained the pair in the Guggenheim interview.

"Those projects were conceived as a composition of several pavilions with 'in‐between' spaces where people are invited to stroll in and out, creating interstices of circulation between the interior and exterior."

The Guggenheim Helsinki competition, regarded as one of the most important of recent years, was organised by the Solomon R Guggenheim Foundation, which also organised the seminal competition for the Guggenheim Museum Bilbao, won by Frank Gehry in 1991. 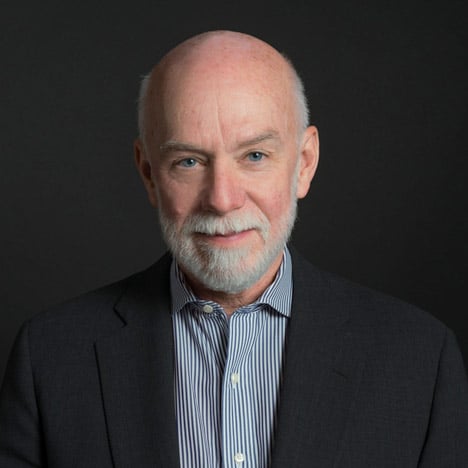 Guggenheim Helsinki: "We've got quite a lot to chew on"

The first round of the Helsinki competition attracted 1,715 entries – more than any competition of its kind according to the organisers – and the six-strong shortlist included London-based Asif Khan, Zurich firm AGPS Architecture and Haas Cook Zemmrich STUDIO2050 from Stuttgart.

Moreau Kusunoki said the project offered an opportunity to bring the firm's ideas "to a new level".

Their winning scheme proposes a series of connected pavilions, with a "lookout" tower containing a restaurant, and a pedestrian bridge to connect the museum to the city. The tower is a reference to the rotunda of the Guggenheim building in New York, designed by Frank Lloyd Wright.

Apart from a strip of glazing around the top of the tower, the structures will be clad in charred timber – a reference to both traditional timber treatments in both Finland and Japan.

"Research into materials and the revival of traditional know-how is central: a chance to release architecture from the bonds imposed by regimentation and industry, an act that is both aesthetic and militant," said the firm.

The project is reported to have a budget of over $130 million (£82.5 million), and would involve the city paying the Guggenheim a licensing fee of a further $30 million (£19 million). Critics have described it as a "vanity project", with some objecting to the idea of a major American cultural brand occupying a prime site in Helsinki.

Finland has had a change of government since the competition was launched. It has not yet been confirmed if the funding and support required for the project to go ahead will be granted.

But Juulia Kauste, director of the Museum of Finnish Architecture, told Dezeen that Moreau Kusunoki's design had the potential to be "a welcome addition" to the city's already active cultural scene.

"It promises to create an interesting dynamic between a flexible street space and the galleries allowing the art the have a strong presence at all times," said Kauste. "The scale of the building is in a way intimate, yet the unusual shape gives it presence in the city."