Opinion: in the ongoing Israel/Palestine conflict, the most mundane forms of architecture have become political and ideological battlegrounds, says Eleanor Jolliffe.

Israel/Palestine is hovering on the precipice of a third intifada, with small outbreaks of apparently uncoordinated attacks that saw over seventy people killed in just six weeks this autumn.

The individual nature of these attacks reflects the deeply-held personal convictions that have contributed to this long running and highly spatialised conflict. In Israel/Palestine the narrative of returning home runs deep, and as a result the battles fought over individual family homes can be as emotional and tense as those fought over the holy land's most significant holy monuments.

In Hebron, a city in the southern West Bank and legendary burial place of Abraham, a battle has recently been waged over a nondescript four-storey apartment building. The scene of three families moving into this building last year triggered international accusations that Israel was attempting to sabotage floundering peace talks.

Beit Ha-Shalom, as it is known, was bought in 2007 by Jewish Settlers; or it was illegally settled and stolen from its Palestinian owners – it all depends on which narrative you believe. 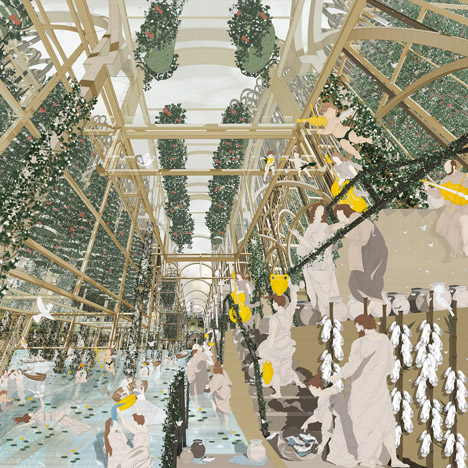 There followed a lengthy legal battle over ownership, filled with stories of forged documents and punctuated by the violent eruptions that have become an ordinary part of daily life in Hebron. In 2014, Israel's Supreme Court recognised the Jewish ownership of the house and in April the Israeli Defence minister granted permits for the settlers to move back in. This was the first new settlement granted by Israel in Hebron in 30 years, and it now has 24/7 IDF protection.

Despite the very real risks attributed to life in Hebron for the settlers, the Jewish Community of Hebron claims to have a waiting list of families eager to move there. This is not a planned colonisation of a city by a foreign government, rather an influx of religious Jews eager to return to the holy city their ancestors lived in.

However, it cannot be denied that the Jews in Hebron have bought a powerful, largely military, Israeli presence with them – thereby strengthening the Israeli presence in the disputed West Bank territories.

In the case of Beit Ha-Shalom the seemingly simple act of moving house became an international incident when by sanctioning it Israel sanctioned the colonisation of another small piece of the West Bank. To the watching world it did not speak of an Israeli government that supported a two-state solution.

In a very different way, Palestinian Arabs are also demanding return to homes they believe to be historically theirs. Since the 1948 Arab-Israeli war approximately 5 million Palestinians have been recognised as refugees by the United Nations for Relief and Works Agency. Approximately a million and half of these live in refugee camps in the West Bank. The right to return to the homes their families lived in in 1948 has become key to ideas of Palestinian nationalism.

Refugees in camps across the West Bank see their very presence, and the existence of the refugee camps, as an act of defiance. The camps are a place of memory, and as long as they exist their architectural and social structures are a living testimony to the right of return for Palestinians to their ancestral lands.

Camp transformation or improvement is seen by many as an attempt to tamper with this memory, resulting in living conditions for residents that are considerably worse than is necessary.

Refugee tents are a waste of money, says Alejandro Aravena

Documentary filmmaker Eyal Sivan interviewed one Palestinian camp resident about the efforts of the UN (which oversees the camps) to improve his camp with trees: "we do not want them to make the camp better to live in, we want to return. What they are doing is to make our passage here permanent. The day after, we uprooted the trees."

When I visited Jenin refugee camp last year, my guide told me that for many the lack of privacy, the uncertainty, and the insanitary living conditions of the camps are too much and they have bought homes in the adjoining city of Jenin. However, they refuse to relinquish their plot in the camp, or their refugee status.

This has created a situation of architectural and social tension where the camps, a 67-year-and-counting "temporary" solution, are reluctantly becoming permanent towns, inhabited by growing generations of refugees fighting with the testament of their living conditions for the right to return to a land they have never seen. The creation of camps that meet basic living standards is seen as a betrayal of both the national cause, and of the sacrifices made by their ancestors.

This entrenched situation is the almost inevitable outcome of a circumstance in which two ethnic groups are emotionally, dynastically, and spiritually connected to a single homeland, and fighting for dominance over it.

The ownership and condition of the family home has become a narrative tool, creating the physical "facts" on which to hang the narrative of both Jewish and Palestine rights to the lands in question.

The political influence of the family home should not be underestimated – it is a highly emotive, and eminently communicable condition that transcends cultural boundaries, and the manipulation of key spaces such as these will dictate the possibilities open to the peacemakers who attempt to resolve this war.

Eleanor Jolliffe is an architectural designer and writer who lives and works in London. She has contributed to The Architectural Review, The Architects' Journal and Building Design, and has recently completed a masters thesis on Architecture and Urbanism in the Israel/ Palestine conflict.