Opinion: IKEA has declared "peak stuff" and Apple's sales are levelling out. Something is awry in the consumer design market, says Will Wiles.

When that kind of talk's coming from IKEA, it's worth listening – even if it is just coming from one man in one part of the Swedish home furnishings giant. If any company is poised to detect a moment when the homes of Western consumers become saturated with possessions, it's IKEA.

Another company that might be in a position to make that kind of assessment would be Apple. And as Observer economics editor Will Hutton wrote, they too might be feeling peak-stuffed, with iPhone sales flat and iPad sales falling.

If any company is poised to detect a moment when the homes of Western consumers become saturated with possessions, it's IKEA

For Hutton, this and Howard's admission were outlying signs of an emerging existential crisis within economics. If consumer demand is becoming saturated, then the whole economic model on which our society is based is running into serious difficulty.

"When western societies were poorer, it was reasonable for economics to focus on how to produce more stuff – that was what societies wanted," Hutton wrote. "Now, the question is Aristotelian: how to live a happy life." 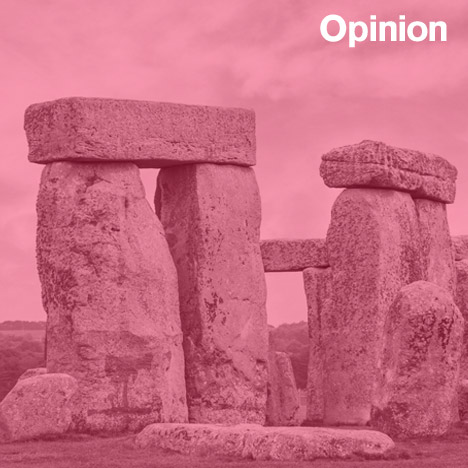 Elsewhere, there is evidence of a psychological backlash against "stuff". I always suspected that the spate of television programmes about hoarders was symptomatic of something. The formula, for those unfamiliar with this hoary TV trope, goes like this: relatives and/or neighbours are concerned and/or exasperated. Soft-spoken or strident experts edge through a front door that does not open all the way. Lavish shock-horror shots follow – bathtubs full of dolls' heads, bedrooms stacked to the ceiling with unopened online purchases, living spaces layered a foot deep with newspaper and cat poop.

Skips are hired and face-masked workers move in with snow shovels. Disinfectant splashes liberally. The home is restored to a state approaching normal – but will it last?

It's plan that poor old designers are in a bind

Accompanying this is a familiar psychological arc that equates house-clearing with person-healing. An immediate source of misery is removed, but its removal also allows hygienic access to the underlying trauma – bereavement, displacement, the after-effects of childhood poverty, alienation from family. Clearing out the hoard is the path to wellness, a tremendous bout of catharsis that penetrates deep through the surface filth to the underlying soul-stain. Bang, and the hurt is gone.

A similar ideology has penetrated the mainstream with Marie Kondo's phenomenally successful KonMari self-help philosophy, expressed in her book The Life-Changing Magic of Tidying. Kondo's central technique resembles a scene from one of those hoarders programmes, gathering one's possessions together to assess them, before beginning the purge. Anything that does not "spark joy" should be jettisoned.

In thinking about the "design implications" of the gathering backlash against clutter, it's plain that poor old designers are in a bind. No one thinks of themselves as designing clutter, even if they really should in some cases (I'm looking at you, 3D-printing evangelists).

Designers will naturally assume, or at least hope, that their work will "spark joy" on some level or other, and be either beautiful or useful if not both. It's quite right to say that designers should try to make durable and versatile objects out of recyclable materials that users can repair if they wish, but it's also not terribly helpful, because designers are told that sort of thing all the time.

Indeed, "spark joy" recalls William Morris's "golden rule": "Have nothing in your houses that you do not know to be useful, or believe to be beautiful." Morris said that in 1880, amid a much earlier stuff-panic fuelled by Victorian over-decoration and general aesthetic horror at the vulgar, cluttering implications of mechanical manufacturing.

It's tempting to imagine that clutter-crazes are a cyclical feature of economic life. Like the proverbial skyscraper index, which discerns signs of recession from the number of "world's-tallest" towers under construction, we might be able to use "peak stuff" moments to detect an oncoming downturn.

Sales of decluttering guides – Kondo is one author among scores – would have to be mapped against economic performance. Perhaps these sales are driven by a general, subconscious sense of gross satiety or self-disgust. Perhaps there is a connection to consumer debt. Or perhaps, like the skyscraper index, it's fairly spurious. (Surely it stands to reason that people should build taller and taller when times are good, and then stop when times turn bad, catching out the largest and latest.)

But there are well-known economic hazards in a situation where productivity is soaring but consumer power is failing to keep pace – it is among the (numerous, competing) structural explanations of the Great Depression. Prices fall, inventory goes unsold, and perhaps the culture is affected, with a sense of excess becoming widespread.

Don Aslett's anti-clutter books were very popular in the overripe years of the late 1980s, and I can also remember the sourness entering the air around material goods in 2007, early in my time at Icon magazine, when we published a feature headlined Why Design Needs a Recession.

But what if there is a crisis in material culture that goes beyond these cyclical concerns? The startling increase in global productive capacity that has taken place in the past generation might be meeting the basic material needs of a greater share of the world's inhabitants, but in the West it has not been accompanied by a surge in wellbeing and happiness.

Evidence suggests that we are actually more anxious and depressed. Beyond a certain point, modern consumer culture produces dramatically diminishing returns. Howard's remarks were in the context of creating a "circular IKEA" that looks after the whole life-cycle of the products it sells, incorporating repair and recycling.

This is exactly what "cradle to cradle" environmentalists have spent years urging designers and retailers to do, and it's hugely welcome. And it may be that only IKEA is in a position to implement that kind of change. The real question is how designers can capitalise on it.