Archigram founder Peter Cook has completed his first project in the UK, a vibrant blue drawing studio with a tilted oculus for his former school, the Arts University Bournemouth (+ slideshow).

The university invited Cook's practice CRAB Studio to design the 140-square-metre Drawing Studio, which will be used by students from all 17 of AUB's arts departments.

The undulating, steel-plated form is constructed around two large windows that angle up towards the sky to provide natural lighting for drawing classes.

It claims to be is the first stand-alone drawing studio to be built at a British art college for more than 100 years, and was officially opened by architect Zaha Hadid yesterday. 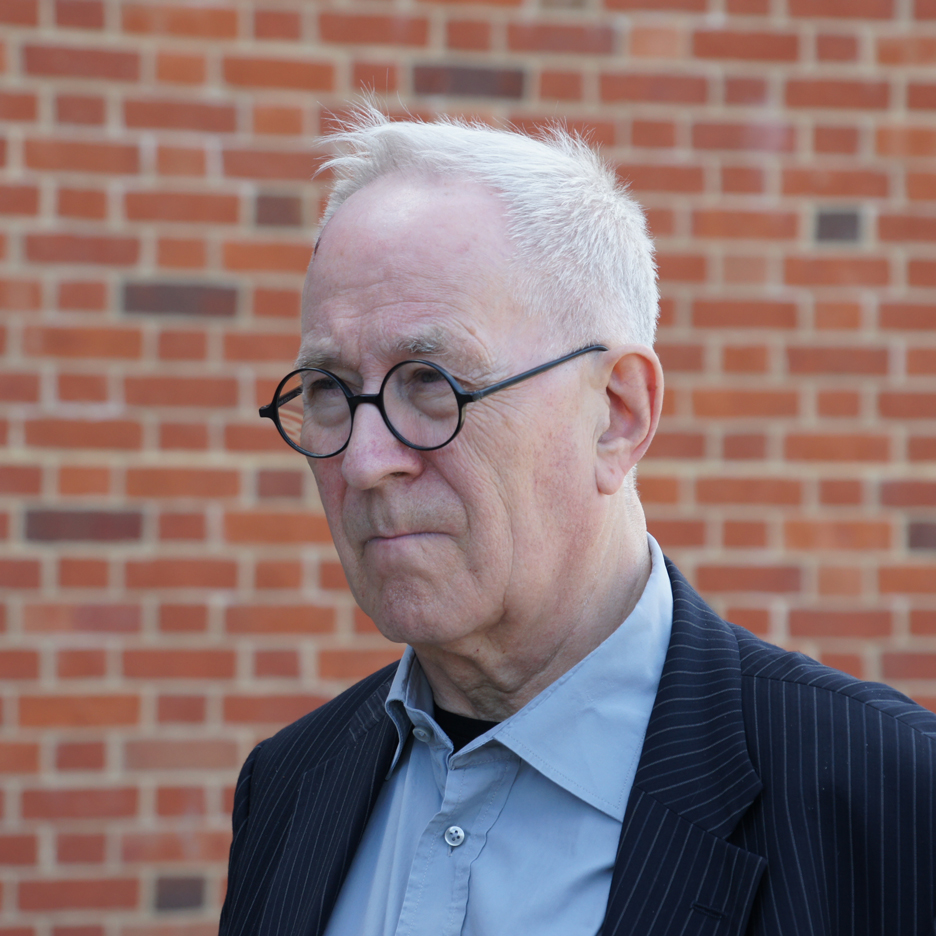 "The studio represents a fundamental recognition of the importance of drawing for all creative subjects," said Cook.

"When it came to the design of the studio I wanted to ensure I created a space which all students, from all disciplines – be it fashion design, graphic design, fine art, or architecture like me – could make use of and feel inspired in," he added.

The Drawing Studio's external skin is formed from 17 painted steel panels, which were prefabricated in a factory before being welded together on site to form a smooth and waterproof enclosure. It's bright blue colouring is intended to signpost the northern end of the campus.

The cavernous interior echoes for the form of the exterior but is painted a stark white. Its form was developed using a material called GRG – glass reinforced gypsum – which creates an insulation and service cavity between the shell and inner wall.

While the studio is predominantly lit by its two curving skylights, further natural lighting comes from a low-level strip window and the glazed entrance, which is sheltered beneath a curving porch.

"The studio celebrates – and is designed around – the phenomenon of natural light," explained the architects.

"Thus it has a 30-square-metre oval north-light window as main illumination, with a 'booster' light for the rear of the room from a clerestory window of 10 square metres."

A store, changing room, toilet and washing-up area are arranged behind a white wall at the southern end of the drawing space.

Cook, 79, was the founder of Avant-Garde 1960s architecture collective Archigram, which put forward a series of radical concepts including a miniature capsule home and a city installed inside an airship.

But speaking at the Royal Institute of British Architects last month, Cook said this experimental approach to architecture – which won the group the Royal Gold Medal in 2002 – has vanished from Britain.

He has carried on devising innovative proposals with Gavin Robotham in CRAB Studio, by designing an algae-producing tower for a Taiwan tower competition.

The London studio has previously completed a new architecture faculty building at the Bond University in Australia with raw concrete walls and daubs of brightly coloured paintwork.

The project went on to win the Health and Education category at Inside Festival 2014.  In an exclusive video interview with Dezeen, Robotham discussed the studio's inside-out approach to the design.

Photography is by Richard Bryant.