The pieces of multi-tonal stone used to construct this spa resort in southwest China by Kengo Kuma give the complex a pixelated appearance (+ slideshow).

The 59,000-square-metre Yunfeng Spa Resort, designed by Kengo Kuma and his Tokyo-based firm, terraces down a mountain outside the city of Tengchong in China's Yunnan Province.

The resort is constructed from varieties of locally quarried stone, which are fitted together like a mosaic to form the walls and pitched roofs of each of the spa complex's buildings.

The stones range in colour from light grey to green and dark grey and are arranged so that some pieces protrude away from the surfaces.

The same pattern is replicated on a paved walkway that runs through the centre of the development. 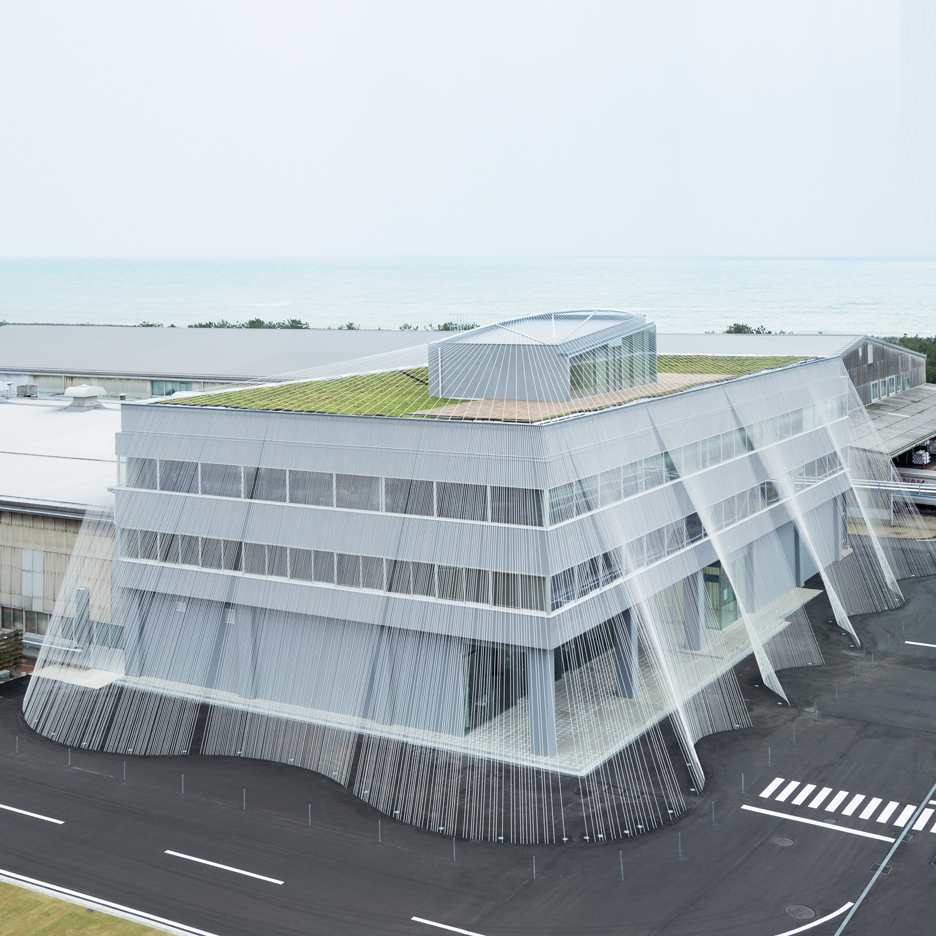 "There is a mountain called Yunfengshan to the west of the site, which is known as a sacred place of Taoism," said Kengo Kuma. "So we arranged the buildings as if to follow the current of the 'spirit' coming down from the mountain."

"By working on the local stones, we tried to express the power of the earth in the architecture we designed," he said.

Courtyard gardens containing small plunge pools with hewn-stone edges and matching patios are set into the centre of each of the residential chalets that populate the scheme.

A larger communal building with a tiered stone roof structure has glazed walls that overlook a larger pool of water.

Shrubs and trees are planted in front of the chalets and along the edge of footpaths, helping the scheme blend with the heavily forested mountains that surround it.

Kengo Kuma, who controversially replaced the late Zaha Hadid as the designer of the Tokyo 2020 Olympic stadium late last year, is also working on a new outpost for the V&A museum in Dundee and a cave-shaped musuem in the Philippines.

Among the firm's most recently completed projects are a suite of tile-covered galleries at the China Academy of Arts and an "amoeba-shaped" art centre with a facade of porous aluminium panels near Shanghai.