Flaking tree trunks informed Stoft's Whittle Away cabinets, which are covered with strips of pine that curl up over time to reveal colourful wooden panels.

The Swedish studio created the cabinets for the What's your DNA? exhibition, which was held at the Klokgebouw venue during this year's Dutch Design Week 2017.

Influenced by the flaking layers of bark on trees and the coils of wood produced during whittling, the studio wanted its cabinets to imitate the natural behaviour of wood.

"Like the outermost bark of a tree, or layers of flaking old paint, the outer skin of the objects slowly parts, releasing something new and unspoilt that has lain dormant underneath," said the studio.

Light-coloured pine strips are designed to contrast with cerise, orange, pink and grey patterning underneath. The outer pine layer has been given a hard wax finish, while the coloured panels are dyed using a natural algae paint.

The studio also wanted to design the cabinets in keeping with the typical character of their works, or their so-called "design-DNA."

"The inspiration is taken from our common heritage of colourful handicrafts as well as the patience and endurance of all the crafting hands found therein, which over time have had to give way to more time and production efficient principles," said the studio, which was founded by Jenny Ekdahl, Ola Nystedt, and Joel Herslow.

The Whittle Away cabinets come in two different sizes – one is small and designed to be wall-mounted, while the larger version is free-standing.

The What's your DNA? exhibition featured works by nine different design studios, all based in the southern Swedish region of Skåne. It aimed to showcase the emerging design talent contained within this area.

The show formed part of this year's Dutch Design Week, which took place in Eindhoven from 21 to 29 October 2017.

Also during the festival, Dezeen hosted a series of talks discussing how design can answer some of the world's big problems – these talks are available to watch via our Good Design for a Bad World page. 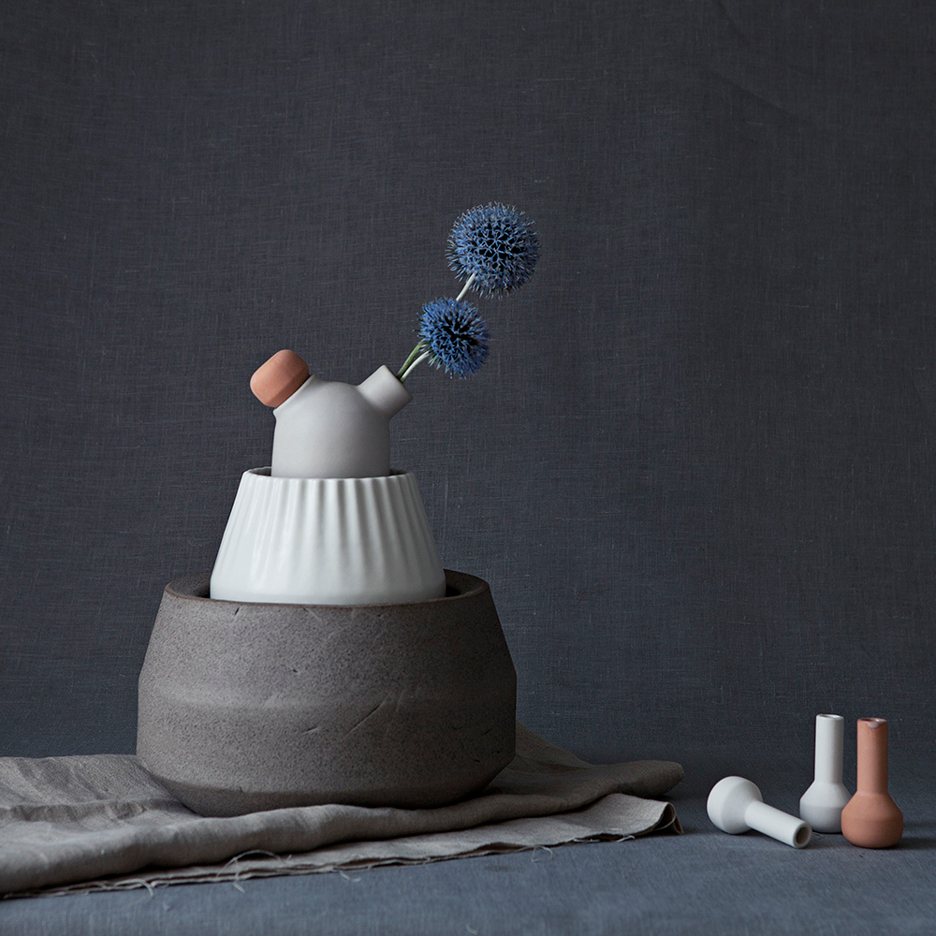