Catalan architect, curator and educator Eva Franch i Gilabert has been elected director of the Architectural Association school in London, making her the first woman to hold the post.

Franch i Gilabert, who is currently chief curator and executive director of New York architecture organisation Storefront for Art and Architecture, was selected ahead of Robert Mull and Pippo Ciorra for the role.

She received a majority vote of 67 per cent – the biggest majority seen in an election at the architecture school since 1990. In total, 876 students, staff and members of the school's council participated in the ballot.

"We wish to congratulate Eva on her election and receiving the highest majority in a contested election since 1990," said the Architectural Association (AA) in a statement. 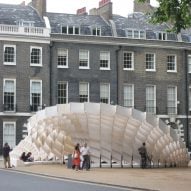 Franch i Gilabert will be the school's first permanent director since Brett Steele left the role in late 2016 to head up the arts school at the University of California.

She will replace the school's interim director Samantha Hardingham, who has overseen a period of dramatic change since she joined in August 2017, including a series of redundancies and resignations.

Her project OfficeUS was selected for the United States Pavilion at the Venice Architecture Biennale in 2014, and in 2004 she founded solo practice OOAA (Office of Architectural Affairs). 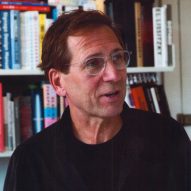 Photograph of Eva Franch i Gilabert is by Stefanr Ruiz.