Designers in India are rejecting the western canon and instead searching for home-grown approaches to their discipline.

The movement to decolonise design in India comes as practitioners question the way they were taught about the subject. Design education in the subcontinent has until now largely focussed on overseas examples.

"When we were in design school, we never studied Indian work," said graphic designer Shiva Nallaperumal. "Instead, we were learning about Paul Rand's logos or about Massimo Vignelli's New York Subway maps which had no relevance to us culturally or technically."

Nallaperumal, a partner in a Mumbai-based practice November, described the emphasis on Swiss modernist ideals of good design as "design-school propaganda" in a lecture at Hyderabad Design Week.

"We deeply appreciated this work, but it was just purely visual," he told Dezeen. "There was always this disconnect because we never studied the things that we grew up around and were influenced by like Tamil cinema, Hindi cinema, magazines. But why? This is our language."

In his talk at Hyderabad Design Week, Nallaperumal showed a typeface that can work in Indian scripts as well as Western alphabets.

In addition Nallaperumal's studio, November, is curating an online archive of graphic design from South Asia. The initiative is one of several efforts to document and share Indian visual culture.

Meanwhile Art Deco Mumbai has been cataloguing the financial capital's beautiful art deco buildings in a bid to encourage their conservation.

In India, designers are increasingly outspoken about decolonisation as the movement takes shape around the world, through initiatives such as Design Justice and Decolonising Design in the US and Depatriarchise Design in Europe.

Recently the Pratt School of Architecture in New York launched its Decolonizing Architectural Pasts and Futures event. These initiatives mark an attempt to shift the discourse away from an anglo-centric or euro-centric viewpoint, and explore more localised solutions.

"Decolonising is a tool to reflect"

"I find decolonising to be a useful tool to reflect on my practice," says Delhi-based designer Avinash Kumar. "I see it as a desire to express oneself as an individual or a group or a region, it's about finding some sort of parity globally."

For seven years, Kumar's own practice Quicksand has been producing Antariksha Sanchar, an ambitious game-design project that also lives as a dance production and a graphic novel. Set in pre-Independence Madurai, it tells the story of a family trying to conquer the challenges of space travel. 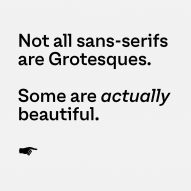 Kumar views the project as an effort to decolonise design by practice.

"For me, decolonising is about how to celebrate what we have, to amplify that and translate it globally and confidently across a medium like gaming," he said. "It's about taking it upon yourself to go on a seven-or-eight-year journey to create something that checks all these boxes."

India has a long history of colonial rule, stretching back to the 15th century when Portuguese explorer Vasco da Gama first arrived on the Malabar coast. From then onwards the Portuguese, French, and Dutch controlled various parts of the country, with the British ruling the subcontinent from 1858 to 1947, when the nation gained independence.

In areas like architecture and urban planning, the costs of India's colonial history are deeply felt. Ideas and techniques that have worked in the West, such as the top-down master plan, are ill-suited to the Asian context.

"All across the Global South, you continue to see people self-organise into informal, squatter settlements because the governments are unable to provide them with affordable housing," she continued.

"Many of these countries are impoverished because of their colonial history and they try to 'ape' the urban-planning of the colonising nations – without access to the kind of wealth that came from plundering other countries."

Grassroots impact is at stake

To address this facet of colonialism, initiatives such as Urbz in Mumbai and Hunnarshala in Gujarat, are empowering communities in the face of their housing insecurities.

Social Design Collaborative has designed and constructed quick-to-build and easy-to-dismantle structures in areas where communities often face the insecurity of evictions.

One of their well-known projects, ModSkool, is a modular school designed as a response to the repeated forced evictions and demolitions of slums in Delhi, specifically for the children of farmers along the river Yamuna.

But the gravest cost of a culture of design that isn't grounded in India is not aesthetic identity, but grassroots impact.

"Take speech balloons in comics for example," Malhotra said. "If they're not exposed to the idea of speech balloons, they think the speech balloon is an actual object. To design for them, you have to develop a symbology based on the visual diction of that particular area, through immersion, interaction and testing."

Malhotra, who made a conscious choice to study in India instead of abroad like many of her peers, highlights the necessity of efforts by studios like Vikalp Design to do just this. For over 30 years, Vikalp has been crafting communication for non-literate and low-literate audiences.

By collecting pictures drawn by rural community members, the studio learns their unique visual language and creates with a vocabulary that they understand. Without a practice grounded firmly in theory and experience within the country, one can only blunder along in an attempt to find solutions or to serve the needs of the people they are designing for.

In India, conversations around decolonisation are inseparable from inward-looking inquiries to articulate and express an authentic and powerful Indian identity.

Mohor Ray, co-founder of brand and design consultancy Codesign and editor of the 2012 book Dekho feels that it is important to examine how and what Indian designers use to express that identity.

"Design is a journey of inquiry and immersion and then translating that into the end product. I think we are not investing enough in the effort of that process," said Ray.

"We are constantly jumping the gun to execute based on benchmarks and references. If we were to focus, think and talk a little bit more about the inquiry and immersion process and have that lead us naturally, I think the end product would be a lot more confident and authentic," she continued.

"The thing about our country is dialects change every 20 kilometres, so we can't point to one thing and say 'This is Indian'," said Malhotra. "Finding one single Indian identity is unfair and unjust, and likely to blight out someone or the other."

"The big promise of being in a country like India is that we don't have to think about singularities through the route of minimalism and efficiencies," said Kumar.

"The need to over-engineer order in the west is at times coming from insecurities aroused while handling plurality and chaos; projects from our culture need to acknowledge and celebrate this significant difference."