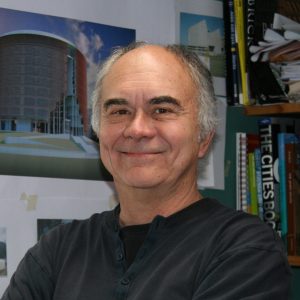 After studying in the UK, the architect founded Noero Architects in Johannesburg in 1984. The practice then relocated to Cape Town in 2000, and now has offices in Cape Town and Port Elizabeth.

Noero has designed and built over 200 projects, including a cultural centre within the barracks of Port Elizabeth. He has combined a professional career with an academic one, lecturing both locally and internationally. From 2000 to 2005, Noero was the director of the School of Architecture and Planning at the University of Cape Town, where he is now an emeritus professor.

The practice's work has been exhibited at museums and events internationally, including New York's Museum of Modern Art, the MAXXI museum in Rome, the South African National Gallery, the Venice Architecture Biennale and the Chicago Architecture Biennial. Its work was also included in the Phaidon Atlas of 20th Century World Architecture and is part of the Chicago Art Institute's permanent architecture collection.

Noero received an honorary doctorate of science from Brighton University in 1994 and received the Professor Alexander Petrie Award for outstanding contribution to the arts and humanities from The University of Natal in 1997.

Noero Architects has received both local and international awards, including the RIBA Lubetkin Prize in 2006 and the Icon Award for Building of the Year in 2012.