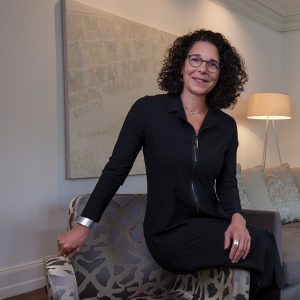 American-born Rosanne Somerson is the president of Rhode Island School of Design.

After being student herself at Rhode Island school of Design, she started running the Graduate Program in Furniture Design in 1985. She then went onto found the specialist furniture design department in 1995, before serving as provost and chief academic officer.

Somerson has also maintained her creative practice, Rosanne Somerson Furniture, since 1979, designing and creating furniture for exhibitions and commissions.

Her work has been widely exhibited and has been recognised from the National Endowment for the Arts. Somerson was given a Lifetime Achievement Award from the Furniture Society in 2013.