Following the row over whether Zaha Hadid's World Cup stadium looks like a vagina, here's a roundup of yonic architecture from the Dezeen archives. As one commenter wrote: "There are enough phallic buildings in the world; maybe it's time for some vaginal ones".

Last week Hadid described claims that Qatar 2022 FIFA World Cup stadium resembles a vagina as "embarrassing" and "ridiculous" but many Dezeen readers feel the similarity is a positive thing, given how many buildings resemble phallic symbols of power. 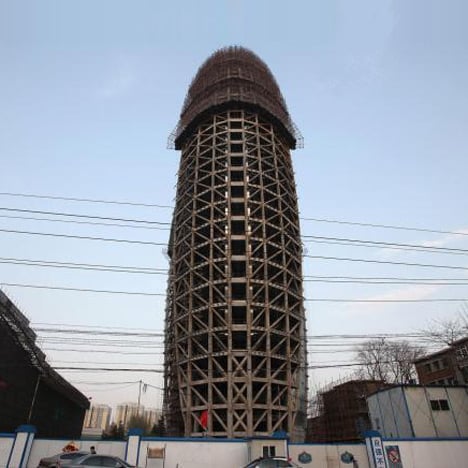 "What's so wrong with things looking like vaginas?" asked one reader, while another said the stadium could serve as "a subtle contribution to the women's rights movement in Qatar."

"Yonic" refers to forms that resemble the vagina or the vulva, and Dezeen writers and readers have been spotting them in projects such as the Shanghai office of Chinese architecture studio Taranta Creations, which features a staircase enclosed within a vagina-like orifice. "People entering the stairs are like sperms," remarks one commenter.

This subway station entrance for Naples, Italy, designed by architect Amanda Levete and artist Anish Kapoor, is similarly suggestive. "Most of the phallic buildings I have seen in my life have been in Italy," says one of the less explicit comments. "So of all places I cannot think where a design like this it would be better suited."

Artist Anish Kapoor has a penchant for yonic forms. His Leviathan project involved creating a series of womb-like orbs in the Grand Palais, Paris. However one commenter felt this one looks more like a "whale's stomach".

Architectural structures have long been compared to the male organ but the debate about Zaha's stadium has thrown up a number of buildings that are more female in form.

"For those of you who call most architecture phallic, here are your vagina buildings," writes one reader in response to these skyscrapers with orifices proposed by SHoP Architects and James Corner Field Operations for Brooklyn.

"Yonic buildings also do a great job of not blocking views to Manhattan," adds another reader.

MAD's Sheraton Huzhou Hot Spring Resort in China could be the most yonic tall building we've published - although it could also represent a horseshoe, a figure 8, a donut and a specific type of sex toy, according to readers.

Finally there's Spaceport America by Foster + Partners, which prompted one reader to tentatively point out: "Gee, from above it looks like, ummm, well... female private parts." 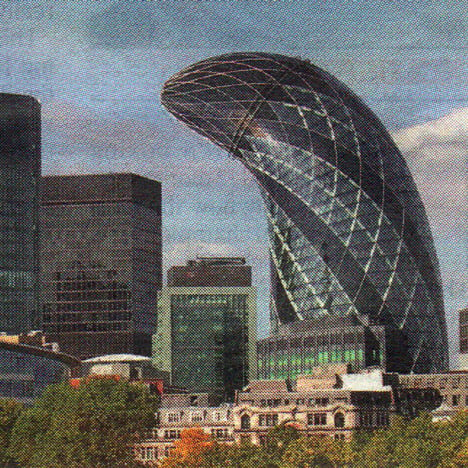