News: furniture e-commerce company Fab has bought Finnish design brand One Nordic in a move to expand its catalogue of original designs and European business.

Dubbed the "luxury Ikea", One Nordic Furniture Company specialises in making and selling products designed to be shipped efficiently and sold online.

The brand's creative director Petrus Palmer told Dezeen that the deal with furniture e-commerce company Fab was worth "tens of millions of dollars" in a combination of cash and stock and would result in the Finnish brand owning a 5% stake in Fab. "Fab delivers a global team of design and e-commerce experts; a proprietary e-commerce technology platform; and the backing of some of the top investors in the world," said Petrus, who is also one of the co-founders of Swedish design studio Form Us With Love. "We're thrilled to be working with Fab and the kind of reach they boast."

The company launched at the Stockholm Furniture Fair in 2012 with the Bento Chair designed by Palmer.

One Nordic has since added more products designed with shipping in mind including the Hai chair by Luca Nichetto, which features a folding backrest that cuts its volume by half, and a collapsible ceiling lamp also by Form Us With Love to its collection alongside products created in-house.

Fab was founded in America by digital entrepreneur Jason Goldberg and designer Bradford Shellhammer in 2010 as a social network, before quickly evolving into a retail site with a "social commerce" model that encourages members to create inspiration boards of products they like. It is thought to have sold more than 7 million items.

Rumours last summer suggested that Fab was on the verge of collapse, despite recently raising $336 million in new funding, after allegedly firing hundreds of staff. It's European operation was also hit by the departure of chief European officer Maria Molland.

But in October it bought the French home decoration and furniture portal MyFab. And in January the retailer announced it would be refocusing its European business to concentrate on producing custom-made furniture and "taking a break from selling products made by others in the EU region at this time". 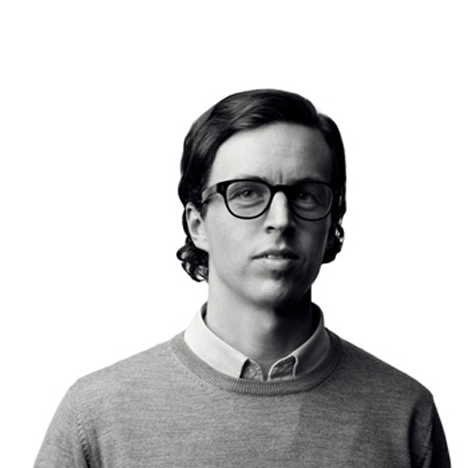 Today's announcement appears to confirm speculation that the brand is refocusing on its European audience and aiming to establishing itself as a design name.

"Design is at the centre of Fab—and has been since day one," said Fab CEO Jason Goldberg. "Teaming up with One Nordic adds incredible talent to our design leadership and brings us ever-closer to our suppliers and manufacturers."

There are currently no details available on how One Nordic will be integrated into Fab's existing organisation.

"I just feel that this whole industry is terrible at seeing that many people are moving online and willing to buy furniture online," said Roos. "In the furniture field many, many companies retail exactly the same way as they did in the seventies."

More about One Nordic and Form Us With Love