News: Fab.com is reportedly in acquisition talks with electronics development company PCH International, which could see the online design retailer sold for a fraction of its earlier valuation.

Fab – valued at $1 billion (£638 million) just over a year ago – is in takeover talks with PCH International as part of a potential half-cash and half-stock deal worth $15 million (£9.5 million).

The deal could potentially close at a higher sum, with reports claiming as much as $50 million (£32 million), but could still fall through altogether. 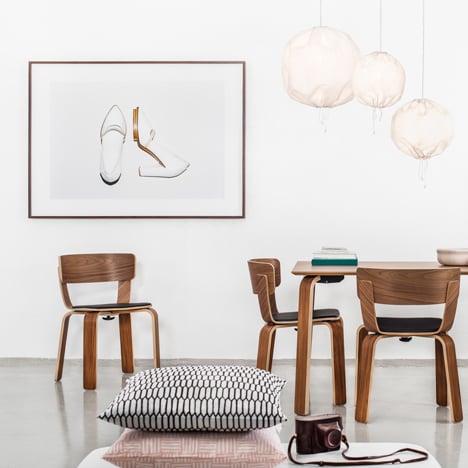 In October Fab co-founder Jason Goldberg told TechCrunch that the online design marketplace had been burning through up to $14 million (£9 million) per month, before going through a drastic round of layoffs and business changes.

After acquiring Finnish design company One Nordic in June, Goldberg had set up new online brand Hem to provide a retail platform similar to a previous iteration of Fab. It is understood that Hem will not be part of the PCH International deal.

Some of the assets from the sale could be piled into Hem, while PCH International – whose clients include Apple and Google – might use the Fab model to create an online shop for hardware entrepreneurs.

Fab started out as a gay dating platform three years ago, but the site soon relaunched to sell home decor products via a flash-sales concept.

This model was eventually dropped last year in favour of designing a range of furniture and homeware in-house, to sell alongside the existing inventory. Following this decision, company co-founder Bradford Shellhammer told Dezeen that the company had relied "too heavily on kitsch".

At the beginning of this year, Fab changed its strategy yet again – ending its relationship with external designers and brands across Europe and instead focusing solely on its own custom-designed furniture. Hem revealed its first collection of customisable furniture in September, which includes a number of pieces from the existing One Nordic range.