Opinion: as architects in Chicago prepare to protest against declining working conditions, Mimi Zeiger argues that the industry needs to take radical action to gain the recognition it deserves.

Can a tote bag emblazoned with a hashtag spark change? Over the course of the Venice Biennale vernissage one of the unspoken fundamentals of the Rem Koolhaas-curated exposition, as with any trade show, was the swag bag, the free cotton or nylon tote offered as a token of solidarity between viewer and exhibitor. Of the hundreds of bags carried on the beleaguered shoulders of Giardini visitors, from national pavilion to national pavilion, one stood out – a plain muslin tote bag with the words #STAYRADICAL printed in black ink.

#STAYRADICAL. Conjunctive and imperative, the tote was handed out on behalf of the discussion program Towards a New Avant-Garde curated by the group Superscript and aligned with the Monditalia installation Radical Pedagogies, which brought together contemporary architects and thinkers to discuss "Italian architectural impulses of the 60s and 70s".

Is the biennale the place for radical, activist, and/or contrarian views?

Historicising radical practice fixes radicalism in the rear-view mirror, while the Twitter-friendly tag suggests that the act of staying radical is indeed a progressive action. The phrase, however clever, stirs in the pits of my stomach two uncomfortably gastric queries: Is the biennale the place for radical, activist, and/or contrarian views? And, given the pervasive desire for and absorption of all things alternative and disruptive, is it even possible for architecture to get radical?

A tweet by Anna Marie Meister (@tweetissima), Princeton PhD candidate and part of the Radical Pedagogies research group, sums up the tension between present-day action and wistful reenactment: "@tweetissima: #stayradical @superscriptco asks if we still need manifestos. Would say: they have to emerge from urgency, not nostalgic longing." 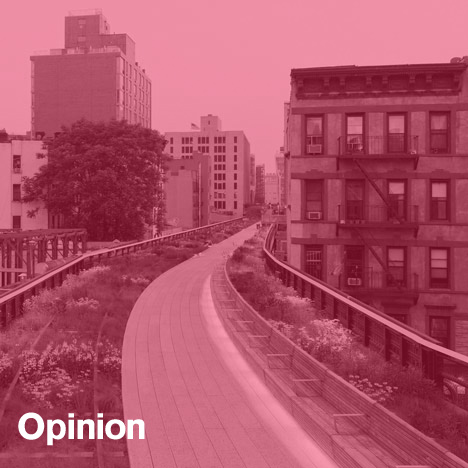 Since 2006, the Dark Side Club has staked out oppositional ground at the periphery of the biennale. This year an international group of influential men – François Roche, Peter Noever, Patrik Schumacher, Winy Maas, et al – gathered at Ristorante ai Do Forni for a salon-like discussion of Future Fundamentals of Architecture. Their concerns as architecture's gatekeepers and provocateurs were largely disciplinary and part of a long-time struggle over the political/aesthetic legacy of the avant garde. In a post on his own website, Marxish Roche was one of the first to fire over the biennale's bow, accusing Koolhaas of turning the radical into the marketable and peddling "fake activism".

Yet as radical discourses simmered over prosecco and streamed online, architects Yolande Daniels and Manuel Shvartzberg – representatives of New York-based The Architecture Lobby – took up protest positions at the entrance of the Giardini. The Lobby, founded in late 2013, advocates on behalf of architectural workers and argues for recognition of real value (fair compensation not simply cultural kudos) for labour within the discipline, profession, and among the general public. Megaphones in hand, the pair read off the group's manifesto. Points included:

"In order to redirect the public's perception of what architects do, we need to reconceptualise our value."

"In order to reprogram our own identity, those of us in the discipline of architecture need to admit that we are workers. We are part of a global labour force that has fought for and deserves fair pay, legal benefits, regulated hours, and termination policies. If we do not self-identify as such, we will remain immune to the global, labour-based, social reform movements."

The 2014 Venice Architecture Biennale lends itself to critique regarding labour. Not only does the event embody the combined labours (often underpaid efforts of love) of architects, curators, researchers, writers, interns, and students, it unprecedentedly brings performers into the mix. There are dancers in the Arsenale, actor/archivists in the Swiss Pavilion, and Shvartzberg is one of the six teams of practicing designers acting as partners at OfficeUS in the US Pavilion.

Shvartzberg, when asked if by protesting at the biennale, the group ran the risk of being absorbed into the political theatre undercurrent of the exhibition, acknowledged that the lobby was leveraging the spectacle and the massive gathering of architects. "The idea is that these ideas need to be talked about now as rigorously and as critically as possible," says Shvartzberg with urgency. "This needs to happen. It's more permanent and difficult to change infrastructure, otherwise it is superficial."

Recently Brendan Cormier – writer, urban designer, and managing editor of Volume Magazine – took to Twitter to call for a unionisation of cultural workers within and around architecture. The painfully low pay offered by The Power Plant, a major art gallery in Toronto with corporate sponsorship, for a coveted curatorial fellowship sparked his protest. He bristles as he notes that suppressed wages are the outcome of two parallel trends: cultural institutions losing funding and the popular rise of curating, with university churning out young graduates gunning for entrance into the field.

There is a growing anger within of groups of architecture, art, and culture workers who face the precarity of low pay and insecure employment

"How much unpaid and underpaid jobs are we willing to take on as cultural practitioners in order to gain experience and prestige, before we start saying no," Cormier writes in an email. "And where is the institutional protection to stop exploitation? We won't solve some of these larger systemic problems by simply dropping out of the system or radicalising, by doing another pop-up shop or appropriation of a vacant lot. We'll solve these problems by a full on confrontation with the mechanisms in the system."

There is a growing anger within of groups of architecture, art, and culture workers who face the precarity of low pay and insecure employment in a marketplace that consumes and celebrates creative production, but rarely rewards it. In 2008, a group of artists came together to found WAGE (Working Artists and The Greater Economy), an activist group committed to protecting artist fees and developing a sustainable model for contracting between nonprofit art institutions and artists. Among the international coalition's efforts is an opt-in certification process for institutions that adhere to best labour practices.

WAGE isn't nostalgic for past radicalism. The group confronts economic conditions head on and its concerns put pressure on contemporary systems to evolve. It's time for architecture institutions to be held to similar standards. Rather than reminiscing about what lies under the cobblestones, architects and architectural cultural producers need to make their own demands. There's work to be done.

The Architecture Lobby will hold a protest at the AIA National Convention in Chicago on Friday 27 June at 12pm.

Mimi Zeiger is a Los Angeles-based journalist and critic. She covers art, architecture, urbanism and design for a number of publications including The New York Times, Domus, Dwell, and Architect, where she is a contributing editor. Zeiger is author of New Museums, Tiny Houses and Micro Green: Tiny Houses in Nature. She is currently adjunct faculty in the Media Design Practices MFA program at Art Center. Zeiger also is editor and publisher of loud paper, a zine and blog dedicated to increasing the volume of architectural discourse.