Young designers discussed the pros and cons of producing their own products and building their own brands at this year’s Blickfang designworkshop, led by Stefan Scholten of design duo Scholten & Baijings (+ movie).

"The workshop was really interesting," said Scholten, who was chief curator at the three-day workshop attended by twelve young designers.

"Some of them are just starting, some of them are very far into their careers [but] they all have the same interests, in that they either want to work either with industry or they want to self-produce." 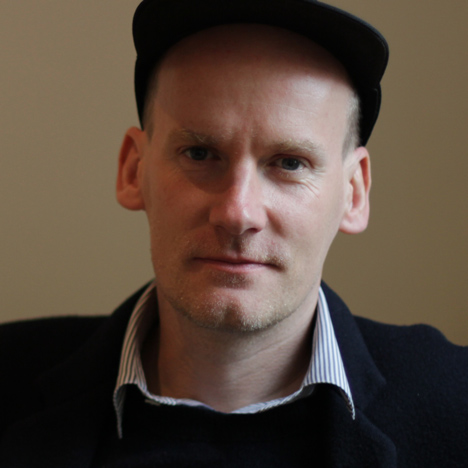 "Should designers look after production themselves - or sell their ideas?"

The workshop, which helps independent designers develop business strategies, was held at Domaine de Boisbuchet in France and organised by international trade show Blickfang, who commissioned this movie.

"Blickfang is an international trade show happening in seven different European cities, presenting up-and-coming, independent fashion, jewellery and furniture designers to a consumer audience," said Jennifer Reaves, one of the curators at the workshop.

"It's all about running a design business," she added. "We have Stefan Scholten this year hosting the designworkshop, and he knows about the rights, the margins, the profit, the sales price."

"All the designers on the workshop want to design great products and they want those products to go out into the world and be successful, and the workshop helps designers figure out the best route for them," said Dezeen editor-in-chief Marcus Fairs, another of the curators.

"One of the strong themes of this year’s workshop is how designers need to think about themselves as a brand," he added. "Most of them have extremely strong design skills; their products are beautiful but they don’t necessarily think enough about the position of that product in the market."

"The workshop was a great experience," said Eva Buchleitner of Vienna-based accessories brand Eva Blut, who said the curators helped her realise that her brand image and graphic design needed to be stronger.

"The workshop brought out parts of the name Eva Blut which need to be improved," she said. "I already had a clue that the image of [my company] had to be much stronger but the curators of the workshop and also the other participants put their finger exactly there."

Another attendee, Véronique Baer from Eindhoven, said the workshop helped her think more broadly about potential markets for her Bounce range of stools.

"When I came to the workshop I thought about Bounce as a domestic product," she said. "But during the workshop I found out that it's actually a really nice item that could connect people, so it’s a nice product for public spaces."

Robert Manners, a designer from Germany, said the workshop helped him think about solving issues such as how to store, market and distribute the range of wire lights he has developed.

"All the feedback is honest, so it's very helpful," he said. "If you have a chat with the curators they really push you to another level because they really have the experience and they give you little tips, and then you figure it out."

Scholten said he was impressed by the impact the workshop appeared to have had on the attendees. "You really see in their eyes during the three days that they are vibrant about an idea, or they want to go home with a new concept, or they have finally found the energy again to approach the market," he said.

The Blickfang designworkshop takes place every year, and this is the fourth year that Dezeen has partnered the event. Last year's event, also held at Boisbuchet, was headed by designer Sebastian Wrong. The previous year it was held in Copenhagen and led by Jaime Hayon and in 2011 it took place in Vienna, with curators Stefan and Saskia Diez and Stephen Burks.