With a design inspired by crystal glass, the 75-storey Trump Tower Mumbai will feature a golden curtain-wall facade conceived by WOHA, the architect behind the plant-covered Parkroyal on Pickering hotel in Singapore.

The building will offer a selection of luxury 3- and 4-bedroom apartments, where residents will have access to everything from private jets, to white-glove services, and 24-hour spa and gym facilities.

Donald Trump, one of the world's best known real-estate entrepreneurs, said the tower would create an "iconic landmark" in one of India's biggest city and described it as "the most spectacular residence ever to grace this city".

"It has been my desire for many years to have the Trump name adorn Mumbai's beautiful skyline," he said. "Its iconic architecture, dazzling golden facade and grand interiors make it a marvel of design." 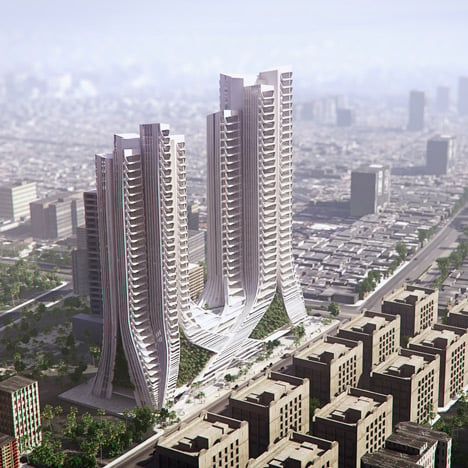 The skyscraper will join a host of Trump Towers worldwide, in locations including New York, Chicago, Vancouver, Istanbul and Panama. It will be delivered in collaboration with Indian property developer Lodha Group.

Speaking at the launch, Lodha Group's managing director Abhishek Lodha said: "Our collaboration on Trump Tower Mumbai not only raises the bar in every sense for luxury and services, but sets a new benchmark for luxury living in India – creating a tower that redefines the Mumbai skyline."

Interiors will be designed by hospitality specialist HBA Singapore. Each apartment will boast triple-aspect windows, no shared walls, Poggenpohl kitchens and indoor Jacuzzis.

There are currently more skyscrapers under construction in Mumbai than any other city in the world. Earlier this year, photographer Alicja Dobrucka presented her shots of the city, intended to reveal the contrast between the luxury apartment blocks and the surrounding "desolate slums".