Housed in a dedicated facility called the House of Mamba, the court was created to coincide with the Nike RISE campaign, which centres around a competition for young Chinese players to win a chance to participate in the Nike World Basketball Festival in Barcelona this September. 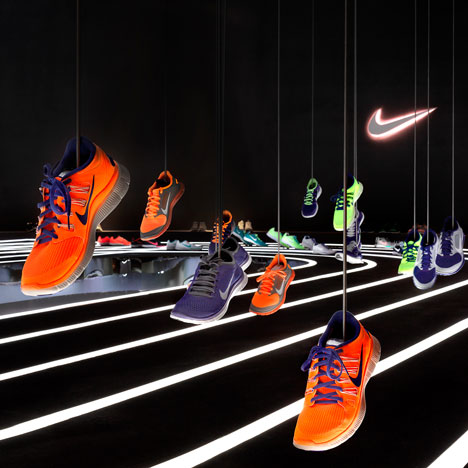 Bryant is one of a number of well-known basketball players taking part in RISE, with the participants having already received training from Le Bron James in the first rounds in Beijing, Guangzhou, Hong Kong, Taipei and Kaohsiung.

James selected 30 players to move on to the next stage with Bryant in Shanghai, where they trained on the responsive court, which tracks the movement of players on its surface with built-in motion sensors.

The court can lay out sets of moves for individual people, create drills based on Bryant's training programme that are adapted for the court, and respond to mistakes as well as display performance stats.

When not in use for training and games, the LED surface can display almost any combination of moving images, graphics and colours.