The Higher Learning Commission (HLC), a non-profit organisation responsible for overseeing the accreditation of universities and colleges, has told the Frank Lloyd Wright School of Architecture that it will lose its accreditation to teach masters programmes from 2017 unless it separates from its parent organisation: the Frank Lloyd Wright Foundation. 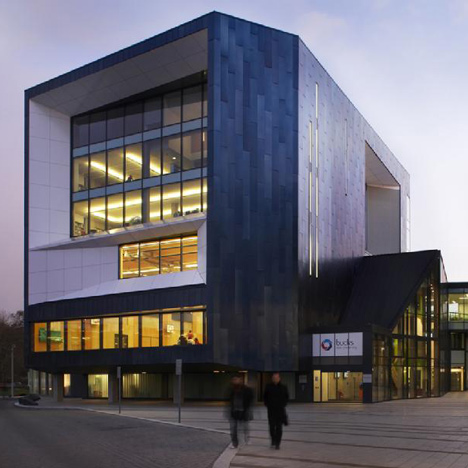 This will result in architecture qualifications awarded by the school no longer being formally recognised by America's various registration boards – meaning students will not be eligible to take the Architectural Registration Examination and become licensed architects.

The school, which is funded by the foundation, won full accreditation in the 1990s, but in 2012 the HLC announced it was changing its rules.

"Accredited institutions must be separately incorporated from sponsoring organisations," John Hausman, a spokesman for the HLC, told USA Today.

"This would require the Frank Lloyd Wright School of Architecture, which is not currently separately incorporated, to file for incorporation as an institution with a primary purpose of offering higher education."

The school, which has achieved cult status since for its "learning by doing" approach and only teaches around 20 students, was first awarded an official accreditation for its professional degree programmes in 1992.

Wright founded the school with his third wife Olgivanna in 1932, with the aim of creating an environment where students could "learn by doing" and study painting, sculpture, music, drama, and dance – disciplines he believed would help create more rounded designers.

It uses the architect's buildings at Taliesin West in Scottsdale as its main campus and Taliesin in Wisconsin as its summer campus, and is run by the Frank Lloyd Wright Foundation, which also manages his archives.

The school began to change its approach in the mid-1980s in response to the introduction of a more formal licensing system for architects in the United States, with accredited qualifications becoming a pre-requisite to sitting the Architectural Registration Examination – the exam students must pass to be able to call themselves an architect.

But the Foundation's president Sean Malone said that separating the institution from the Foundation was not a viable option as it would cause funding issues.

According to Malone, the Foundation would need to provide over $1 million every year to keep the school running, but would not have any control over how the money was spent – a situation he said would be considered unacceptable by the donors the organisation relies on for its income.

"I wish that they had looked at us and said, 'the foundation as a whole is an institution of higher education'," Malone told the Architectural Record. "But that's not the determination they came to."

After failing to find a solution following two years of discussion, the HLC has now given the Frank Lloyd Wright School of Architecture three years to make changes before the next accreditation cycle.

Malone said the Foundation would find another accredited university or college to partner with by 2017 that would mean the school could continue to offer degrees. A post-professional program that would not require accreditation is also in development.

"We're going to be looking for another accredited institution with whom to partner so we can jointly offer a professional degree," he told the New York Times. "There's a very rich history to education at Taliesin and we want to find a way to continue to do that."

Images are courtesy of the Frank Lloyd Wright Foundation.