The Vitra Design Museum in Weil am Rhein is hosting a major retrospective exhibition of work by late Finnish Modernist architect and designer Alvar Aalto, a year after Vitra's acquisition of Aalto's furniture company Artek (+ slideshow).

The Second Nature exhibition at Vitra Design Museum covers Aalto's life work, from his best-known buildings and designs to lesser known projects, aiming to reveal new aspects of his designs. 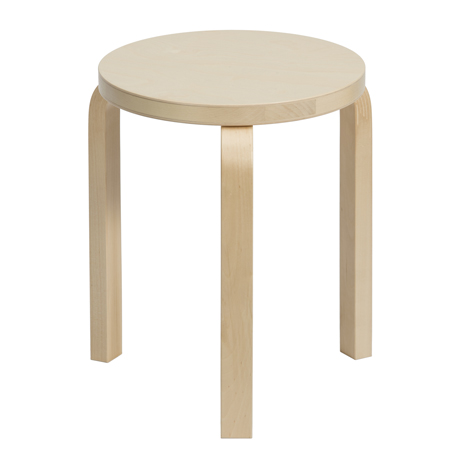 The retrospective encompasses the full range of scales used by the architect – who died in 1976 – from large urban planning developments down to the door handles and light fixtures created for the interiors of his buildings.

It also features his iconic plywood furniture pieces, such as the Stool 60, the Paimio Lounge Chair and the 900 Tea Cart.

Some of Aalto's architectural projects, including the 1935 Vyborg Library in Russia, have been captured specially for the exhibition by German photographer and film maker Armin Linke.

"A building by Aalto is like a kaleidoscope. You cannot capture it from a 90-degree angle," Linke told the exhibition's curator Jochen Eisenbrand.

The exhibition is divided into four sections, each focussed on a different theme in Aalto's life and work, with a loose chronological order.

The first space is dedicated to his early work as it evolved towards Modernism, up to the design of the Paimio Sanatorium, completed in 1933.

In the second space, Aalto's relationship with art and artists of his time is examined.

Pieces by Alexander Calder and Jean Arp are used to demonstrate this, presented alongside Aalto's 1930s Villa Mairea in Noormarkku, Finland and his 1950s Maison Louis Carré in Bazoches-sur-Guyonne, France.

The third space displays furniture, glassware and lighting produced by Aalto's company Artek, which he founded with his first wife Aino and two collaborators in 1935 to manufacture and promote his own designs.

These items were made in a factory in Finland that Artek purchased in January after being acquired by Swiss furniture company Vitra.

Large-scale architecture and urban planning projects are presented in the fourth and final space.

These include the 1940s Baker House student dormitory at Massachusetts Institute of Technology (MIT), an apartment building in Berlin's Hansaviertel – built as part of the Interbau building exhibition in 1957 – and the Wolfsburg Cultural Centre completed in 1962.

The exhibition runs until 1 March 2015 at the Vitra Design Museum in Weil am Rhein, Germany.