Govert Flint designed the Dynamic Chair to facilitate movement in all directions, then worked with programmer Sami Sabik to translate the motions made by the sitter into actions on-screen. 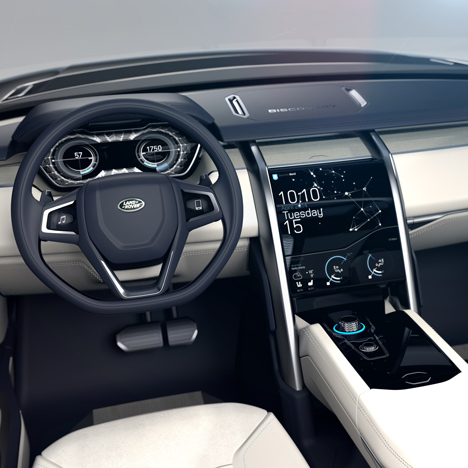 "I started to think about how we make chairs that are disconnected from their activity. Working in the office is an activity we sit for. From then on I tried to design a chair based on body movements."

Separate elements form a back, a seat and a pair of leg supports, which move with the body independently from each other.

These are all made from polyester padding upholstered in wool felt and supported by a frame made from welded iron sections.

Collected data is then transferred along wires to a computer, which is programmed to use the information to move a cursor around a computer screen positioned at the sitter's eye level.

One sensor located below the seat calculates the chair position relative to the X and Y planes. The user's shifts forward, backward and side to side move the cursor in corresponding directions on the screen.

Sensors placed on both legs click the cursor when a swift kicking motion is detected.

Although the technology currently only allows for the operation of a cursor, the designer hopes to extend the idea so it works with the full computer interface.

"For the future development we would like to collaborate with software developers and programmers to design an interface based on body movements," said Govert. "Also, the keyboard will have to be replaced by body movements in a more precise manner."

"For the consumer product the entire computer will have to function comfortably with body movements," Govert added. "This will need further development."

The chair will be displayed as part of Design Academy Eindhoven's graduate exhibition, taking place from 18 to 26 October during Dutch Design Week.

Movie and stills are by Ziggy Pictures.