News: construction will begin next year on Africa's tallest building – a 540-metre-high skyscraper in Morocco.

The 114-storey tower in Casablanca will be more than twice the height of the 223-metre Carlton Centre in Johannesburg, which has been the tallest building on the continent since its completion in 1973.

"It will be Africa's highest tower," project manager Amede Santalo told news agency AFP, revealing that the skyscraper is due to start on site in June.

Middle East Development LLC, the Dubai-based company owned by Saudi businessman Sheikh Tarek Binladen, is behind the project. It is expected to cost $1 billion (£637 million) to build and is due for completion in 2018.

The skyscraper has a working title of "Al-Noor Tower", which is Arabic for Tower of Light, but will eventually be named after King Mohamed VI, according to AFP.

It will occupy a 25-hectare plot in Morrocco's biggest city, and is set to contain a seven-star hotel, a business centre and a shopping centre.

"We chose Morocco because it is the gateway to Africa and Europe, a modern country and politically stable," Santalo told AFP. 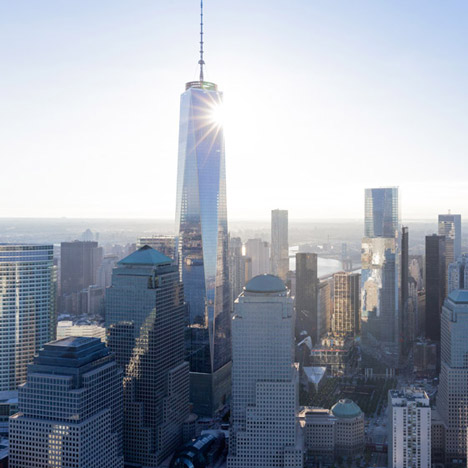 One World Trade Center is most costly skyscraper in history

The facade will reportedly be covered by patterns representing Africa's 1,000 languages, while its 114 floors match up with the number of surahs (chapters) in the Quran.

"The design of Al Noor Tower is elegant and gives the feeling of a wedding dress," it says on the project's website.

"From the side the tower look like a fountain pen which is the tool that Sheikh Tarek is using to design the future. The height of the tower is 540 metres to remind us that Africa has 54 countries. Everyone in Africa will feel part of that tower."

The tallest buildings in Casablanca at present are the two 115-metre-high towers of the Casablanca Twin Center, although the city also hosts the world's tallest minaret at 210 meters, which forms part of the Hassan II mosque.