The University of Hawaii commissioned three designs for its presentation in the battle to build the US President's official library this month, having identified a beach site adjacent to the Kaka'ako Waterfront Park. 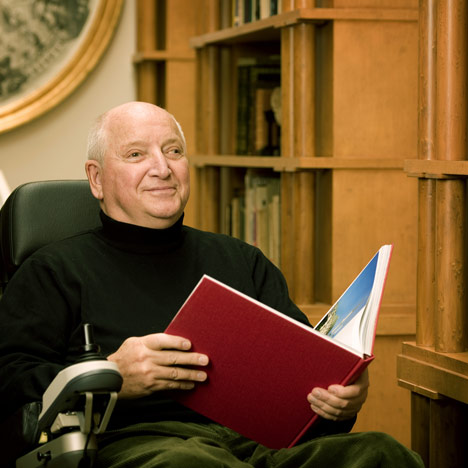 Although the University of Chicago and Columbia University in New York are the current favourites to win the bid, Hawaii is hoping to tempt Obama by turning the library into a multi-purpose centre for education, including a Global Youth Leadership Academy and a museum.

All three locations have a personal connection with Obama, who grew up in Honolulu, studied at Columbia and worked in Chicago. Chicago mayor Rahm Emanuel was Obama's first chief of staff at the White House.

Scandinavian firm Snøhetta teamed up with Honolulu studio WCIT Architecture to propose a building that appears square from the outside, but opens at one corner into a rounded courtyard with a pool. One end of the structure meets the ground, providing public access to a roof planted with grasses.

The design team said the building was based on the idea of a coral polyp growing to create a "new environment". "The genealogy of the proposed site itself, reclaimed land sitting above what was once exposed reef shoreline, provides a historic precedent which reinforces this connection," they said.

"The design concept can be seen as a synthesis of three acts; each corresponds to specific aspects and core values of the centre: Land – 'Aina; Community – Ohana; and Integrity or Righteousness – Pono," said the firm. "United under a single roof, we are reminded that we are stronger together."

The final team, consisting of New York studio MOS and local firm Workshop-Hi also envisions a series of smaller spaces, connected with a green roof. The roof structure rises up from the ground and is then staggered over multiple rectangular levels, with large circular openings punched through each one to let light shine through.

"The proposed centre celebrates the diversity of Hawaii's natural environment by expanding the adjacent Kaka'ako Waterfront Park into a campus of interconnected pavilion structures, public accessible courtyards, a ramped landscape podium, and a large park-like roof structure composed of community and public gardens," said the team.

Once a site and host university has been confirmed, the library will be built to commemorate the president's term in office with an architect selected personally by Obama.

Rumours have already linked British architect David Adjaye to the project, and the president has previously referred to Adjaye as his favourite architect. Adjaye has already designed a number of library buildings in North America, including The Francis Gregory Library and The William O. Lockridge/Bellevue Library in Washington D.C.

Hawaii said it commissioned its own architectural proposals to demonstrate the possibilities of the waterfront site.

"These architectural renderings are not meant to be prescriptive," said the official website for Hawaii's bid. "Rather these concepts are distinct impressions of what is possible on a site with magnificent views from mauka to makai (mountainside to oceanside)."

The University of Hawaii's bid is being backed by the state and municipal governments as well as a number of non-profit organisations and business sponsors.

Obama will select the winning site in March 2015, and the project is expected to cost $500 million with the president expected to begin fundraising in earnest next year. It will be managed by the The Barack Obama Foundation, which was founded in January 2014 for the purpose.