News: Herzog & de Meuron is reportedly working on plans to revamp the west London home of Chelsea Football Club to make room for as many as 60,000 spectators.

According to the Architects' Journal, the Swiss firm led by Jacques Herzog and Pierre de Meuron is working alongside Lifschutz Davidson Sandilands to explore how Chelsea FC can increase capacity at the 41,837-seat Stamford Bridge stadium. 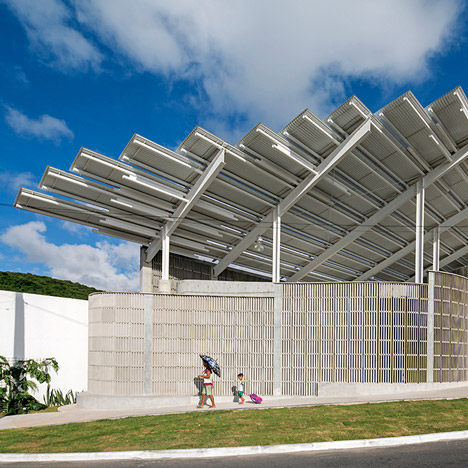 The football club first revealed plans to redevelop its existing stadium in June 2014, having previously explored options for new stadiums at Earls Court, and on the south side of the River Thames at Battersea Power Station.

Lifschutz Davidson Sandilands was appointed by Chelsea FC owner Roman Abramovich to explore "the potential for improvements to publicly-owned areas along Fulham Road and the area around the football ground, including the possibility of decking over the railway lines to the east and north of the ground".

Herzog & de Meuron is now understood to be working with the London firm on "concept designs".

In a statement Chelsea FC said: "The study will also assess the feasibility of an expansion of the stadium within the existing historic site boundaries, potentially to enlarge its capacity, enhance its facilities and improve the movement of people and vehicles on match and non-matchdays."

"As a first step, a consultation will take place with local stakeholders, including community and residents' groups, for opinions on the existing conditions in the area."

"The consultation will not concern itself with any design or details of a redevelopment on the stadium site. Instead it will ask about the surrounding publicly owned areas and in particular the civic infrastructure necessary to ensure a successful and feasible redevelopment."

Built in 1876, Stamford Bridge was designed by Scottish architect Archibald Leitch and was initially used as an athletics club. It has undergone several renovations since then.

Herzog & de Meuron, who famously designed the Bird's Nest stadium for the Beijing 2008 Olympic Games, has previously completed football stadiums in Munich and Basel. The firm was also involved in the now-axed plans for a new Portsmouth FC stadium.