Rafael Viñoly – a Uruguayan architect based in New York – conceived the Sky Garden as a public park, crowning his 160-metre 20 Fenchurch Street tower. This feature helped the project win planning permission, despite being outside the City of London's main skyscraper cluster. 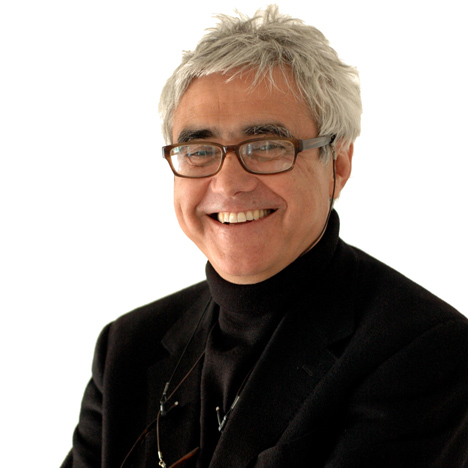 Starting at the 35th floor, the three-storey space is one of the reasons the structure was designed to swell outwards at the top. This also means that the building's biggest office floors boast the best views of the city skyline.

Landscape studio Gillespies was responsible for the garden design, which is supposed to look "as if you're coming across a mountain slope".

There are three terraces in total. The top one was planned to resemble a shady forest filled with fig trees and ferns, while the middle one offers a display of cycads.

The bottom level is filled with colourful sun-loving plant species, including African Lily, Red Hot Poker and Bird of Paradise, as well as fragrant herbs such as French Lavender and Rosemary.

A series of bars and dining spaces are dotted around the space. A seafood grill and a traditional British restaurant occupy the two upper levels. The bottom level houses the Sky Pod Bar, which is naturally ventilated to match the temperature outside.

In total, there is room for 400 diners at a time, plus an additional 200 members of the public who have to pre-book to gain entry.

The Sky Garden has a dedicated entrance on Philpot Lane, at the south-west corner of the building. From here, visitors make their way through airport-style security, before being directed towards two express lifts.

The restaurants opened to the public on 5 January, while the public viewing terraces welcomed their first visitors today.

Guardian critic Oliver Wainwright, who visited on the restaurants' opening day, has described the experience as "like being in an airport terminal" where "the more you pay, the worse your view becomes".

"Wherever you are in the sky garden, the views feel frustratingly distant," he said, before adding: "It is not the public park that was promised, but another private party space, available by appointment."

The controversial Walkie Talkie project hit headlines in the summer of 2013, after reports surfaced claiming that the building's curved facade was reflecting a beam of light intense enough to melt cars.

Developers Land Securities and Canary Wharf Group installed a series of vertical fins onto the facade in an effort to solve the problem, while Viñoly was forced to apologise for what he called "a lot of mistakes".

All photography is by Edmund Sumner.